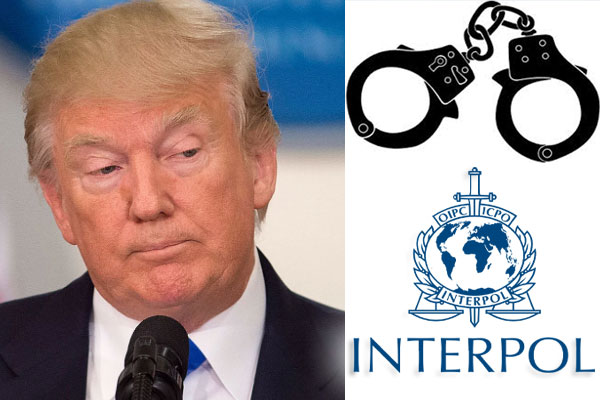 Iran requested the International Criminal Police Organization (Interpol) to issue a “red notice” for the arrest of President Trump and 47 other US officials on Tuesday due to the killing of top Iranian Gen. Qassem Soleimani last year.

Iranian judiciary spokesman Gholamhossein Esmaili labeled Trump as “the main culprit” in Soleimani’s killing, which he called a “terrorist crime,” the semiofficial Mehr News Agency reported, according to NPR. Other U.S. officials included in the request are U.S. military commanders and officials in the region and at the Pentagon.

The request represented the second time Iran has asked for assistance in arresting the president.

"The request to issue 'Red Notice' for 48 people involved in the assassination of Martyr Soleimani, including the U.S. president, as well as commanders and officials at the Pentagon and forces in the region, were handed over to Interpol," Esmaili said during a briefing.

Interpol red notices appeal to law enforcement agencies around the globe to assist in locating and arresting fugitives, who are being prosecuted or are wanted for prison sentences.

But Interpol’s General Secretariat told NPR that the police association's constitution says “it is strictly forbidden for the Organization to undertake any intervention or activities of a political, military, religious or racial character.”

Trump and other administration officials said the U.S. targeted Soleimani in a January 2020 strike that ended up killing the general. The president had said Soleimani was “plotting imminent and sinister attacks” against the US

A United Nations investigator later concluded that the U.S. strike “was unlawful and arbitrary under international law.”

Iran has pledged retribution for the general’s killing, and days later the country launched a rocket strike on an Iraqi air base housing U.S. forces, leading to the traumatic brain injuries of more than 100 U.S. service members. The country first requested Trump’s arrest in June.

On the one year anniversary of Soleimani’s death, Iran’s judiciary chief Ebrahim Raisi said, “Trump will have to pay back, whatever his position,” NPR reported, citing conservative Iranian newspaper Kayhan.

"Whether he heads the U.S. administration or not, Trump should face retribution for the atrocity he has perpetrated," he said.