Fight against Covid-19 and Expectations for 2021 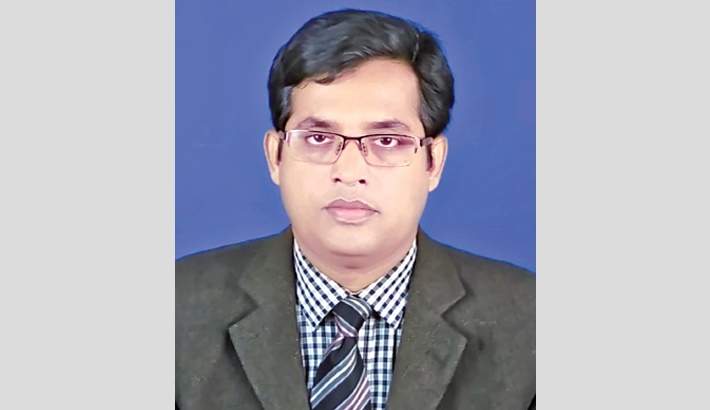 In 2020, the Covid-19 paralyzed all sectors worldwide as one of the major catastrophes of the century. The virus spread around the globe within a relatively brief span after it appeared in Wuhan, China, in December 2019. It also brought changes in the people's behaviour, along with its negative impact on the economy and other sectors. People were impelled to live in confinement as social distancing (physical distancing) was considered as one of the most effective strategies to deter virus transmission. Having been compelled to stay at home, a sense of tenderness has developed among most of the people of the world. Therefore, the people of Bangladesh, as elsewhere, have encountered a devastating impact of Covid-19 on the economy, health and society.

Now, a pertinent question is how well the challenges of this lethal virus were dealt with by the government of Bangladesh in 2020. Indeed, the severity of the impact of the Covid-19 was quite serious in the country. The critics would argue that the government could not carry out as many tests as we required. Even many would criticise the health department's inability to forecast the disastrous effect of this virus and its readiness during the early days of the pandemic. However, if we compare Bangladesh with other countries, the country seems to have done a decent job in controlling the virus, which has been highly praised by Bloomberg in its COVID Resilience Ranking. In recognition of the success of the government in fighting against the deadly virus, Bangladesh has been ranked as one of 20 most resilient countries in the world as it has managed to outscore many of the developed and neighbouring countries, including Germany, UK, Norway and India. Even the death rate has remained quite low as compared to many countries of the world.

In 2020, the economic condition has been very poor in most nations, owing to the crippling impact of the pandemic. Many developed countries have failed to sustain economic growth. At the time of crisis, the GDP growth rate of Bangladesh has remained quite high, related to many of the South Asian countries that have experienced a negative GDP growth. This is one of the strongest achievements of the present government. The country's GDP growth is projected to be considerably higher in 2021 according to the estimate of the government and different international organizations like ADP, the World Bank and the IMF. The government decision to roll out a gigantic stimulus package worthy of TK 120,000 crore, led to sustaining the country's economic growth. This stimulus package is considered as being one of the biggest ones in the world. Almost all corners highly applauded the government's decision to provide credits to farmers and entrepreneurs at a lower cost. We should be grateful to our Prime Minister for taking such a valiant action during this pandemic. The government has been found to maintain ties with multilateral banks and bilateral partners that dispensed billions of dollars to support Bangladesh even during the worst time of the century. This indicates that these organizations have kept their confidence in the strength of the Bangladesh's economy and government.

In addition to taking brave decisions in the economic sector, our Prime Minister has been encouraging the countrymen to continue producing agricultural goods from the very onset of the pandemic. Therefore, farmers have played an important role even during the pandemic by producing an adequate amount of agricultural goods that enabled the country to face the pandemic together. Even the expatriates have helped the country by sending a record amount of foreign exchange in such a time when around 8 million Bangladesh workers returned home from abroad. As the amount of foreign currency reserve has outperformed earlier records, the country is put on good tracks. This reserve has created an avenue for the government to invest in the productive sector which has been hinted by our Finance Minister. If the government could implement this decision, job opportunities would be created for many jobless people.

The government's courageous decision to reopen the economy in June amid criticisms from different corners has been proved fruitful. There was a possibility that the situation could have gone out of control due to such a decision. Fortunately, it did not aggravate and the government could maintain the momentum of the economy. The Health Department of the country, while delivering care to Covid-19 patients and managing tests, suffered slightly during the early days of the pandemic. The situation improved within a short period. Even the stigma associated with Covid-19 significantly decreased among the health workers and patient parties. The country has therefore begun to recover which is a positive attainment of the government.

What are the expectations of the countrymen in 2021 is a pertinent question to address? Though the government expected that the Covid-19 situation could get worse in winter, the condition has, however, been kept under control as of now. There is hardly any scope to be complacent. Therefore, the government should continue to work to limit the spread of the virus. At present, the main challenge of the government is to control the spread of the new strain of the virus that was identified in the UK a few days ago. The government has already decided to enforce quarantine for those who are travelling from the UK without Covid-19 negative certificate. The authority should enforce this decision without any complacency. Otherwise, the situation may go out of control as the new strain is capable to spread the virus 70% faster than the earlier strains.

The second important challenge for the government will be to manage the vaccination process with sophistication. Like the civilians of other countries in the world, the invention of the vaccine has created optimism among people of Bangladesh. As of now, the government has been working in the right direction as they have already placed the purchase order of vaccine for six crore people. Through different media sources, it has been learned that the government has developed guidelines for providing vaccines. They should complete the vaccination process following the guidelines so that no citizen feels deprived. The health Minister has alluded to the involvement of the private sector in the vaccination process which is a rational decision. However, the government must ensure that there should not be a monopoly of private sector organizations. We all should bear in mind that receiving a Covid-19 vaccine is a right for the citizens. No organization should get an opportunity to make business with this right. If it happens, this will frustrate the citizens of the country.

Though the Covid-19 situation has remained under control in the country, there is an apprehension that the recklessness of the majority of the countrymen may exacerbate the crisis at any moment. Therefore, citizens must assist the government behaving sensibly during the pandemic. All the efforts of the government would bring no good if citizens do not behave sensibly. Therefore, we expect that all actors should work collectively to overcome the challenges of the pandemic situation.

We must acknowledge that the present government under the prudent leadership of Sheikh Hasina has handled the pandemic successfully in 2020. Some of her brave and judicious decisions led to sustaining a dynamic economy and resolving the Covid-19 health crisis. Thus, it is expected that with the advent and distribution of vaccines, the people of Bangladesh would love to live a free life in 2021. What is needed is to behave sensibly until we are vaccinated and extend our cooperation to the government.

Pranab Kumar Panday, PhD is a Professor of Public Administration at the University of Rajshahi.