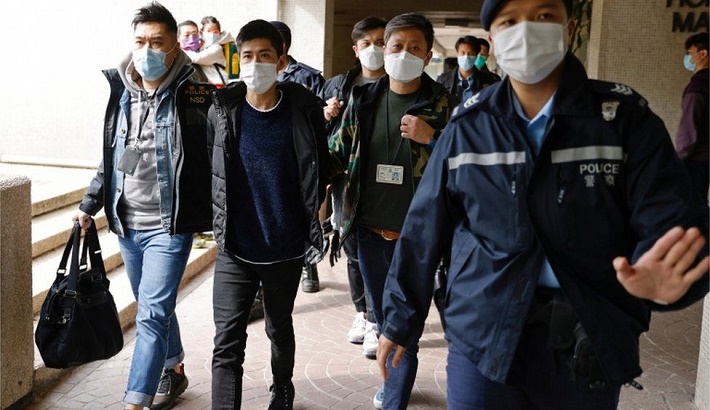 About 50 pro-democracy activists and politicians have reportedly been arrested in Hong Kong's biggest crackdown since the introduction of a controversial national security law.

The arrests are said to be linked to an independently organised primary vote.

Officers are also understood to have searched the house of the detained democracy activist Joshua Wong, raided a law firm and pressed news outlets to hand over information.

It is unclear if the action is related.

Police have yet to comment on the various moves officially.

The Democratic Party's Facebook page said the arrests were carried out under the security law imposed by Beijing on the territory last June in response to months of pro-democracy protests.

Among those detained are thought to be well-known opposition figures like James To, Lam Cheuk Ting, Lester Shum and Benny Tai, one of the initiators of the primaries.

According to local media reports, a US citizen working in Hong Kong as a lawyer on human rights cases has also been detained.

What were the July primaries?

More than 600,000 people voted in the primaries. The September election was later postponed, with officials citing concerns over the pandemic as the reason for the delay.

Hong Kong's leader Carrie Lam had warned at the time the primaries could amount to subversion.