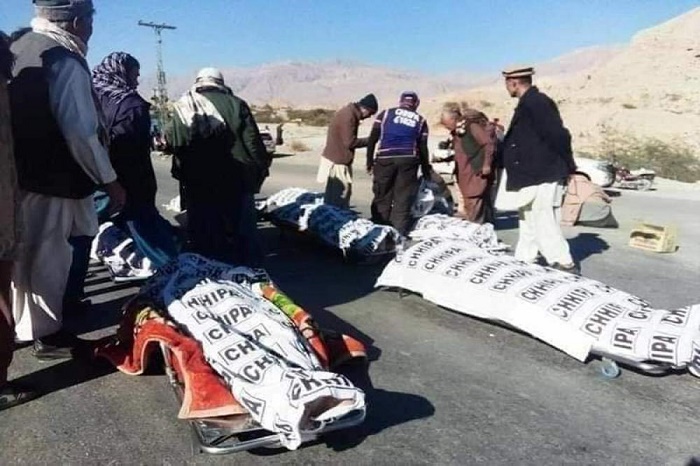 Police said that armed men took the coal miners to nearby mountains where they opened fire on them. Eleven were confirmed dead by police and the others injured were said to be in critical condition, Geo News reported.

The injured people were shifted to Machh hospital for treatment.

Police and FC personnel rushed to the spot after the incident.

Speaking to Geo News, Balochistan government spokesperson Liaquat Shahwani said that the incident was an act of terrorism.

According to reports, people held sit-in protest along with the dead bodies of Hazara coal miners, blocking a major national highway in Balochistan.

According to details, relatives of deceased Hazara coal miners, who were killed today by unknown assailants in Geshtari area of Mach, have blocked the N-65 National Highway. The protestors have placed the dead bodies on the main road, blocking the Quetta to Sukkur highway for all kinds of traffic. The agitated protestors have also burnt tyres on the road, reports The Balochistan Post.

PM Imran Khan led the nation in condemning the incident.

He tweeted: "The condemnable killing of 11 innocent coal miners in Machh Balochistan is yet another cowardly inhumane act of terrorism. Have asked the FC to use all resources to apprehend these killers & bring them to justice. The families of the victims will not be left abandoned by the govt."