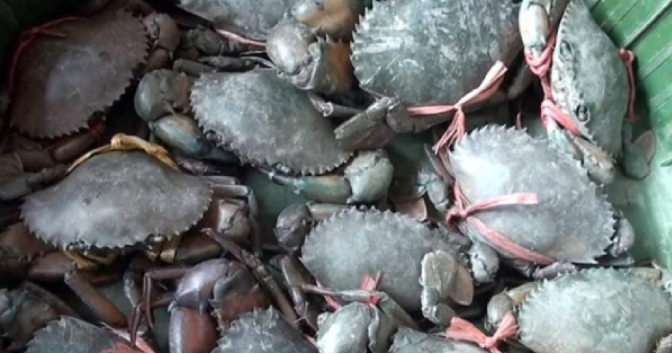 Export of frozen shrimps from Khulna to Europe declined drastically in 2020 due to a fall in demand in the continent's key seafood consuming countries in the wake of Covid-19 and the consequent lockdown.

In March-April, the lockdown came as a big shock for the industry. A month later, Cyclone Amphan devastated the sector, destroying over 4,500 shrimp ghers across Shyamnagar, Ashashuni and Koira, causing losses to the tune of Tk 148 crore to the sector.

However, post-Unlock till November, some 58 frozen seafood companies of Greater Khulna somewhat saw a turnaround, with demand revival in the Japanese markets and 14 other countries.

As per the Export Promotion Bureau data, USD 17,200,000 worth shrimps were exported from Khulna region in June. Exports to Japan and Europe went up to USD 1,649,000 and € 393,694, respectively, in November, with consignments routed through Chattogram and Mongla ports.

Fakir Mahitul Islam Shumon, president of Bagerhat District Shrimp Farmers’ Association said, "Prices of grade 20 shrimps fell to Tk 550-600 from Tk 700. As it costs around Tk 500 to produce shrimps, the 69,000 seafood farmers in the region are incurring losses by selling their produce at throwaway prices."

According to Prabir Chakraborty, commission manager of Saint Martin’s frozen shrimp export company, Khulna’s frozen shrimp exports have declined in Europe but increased in Japan. "Prior to the pandemic, some 20 containers from Khulna used to leave Bangladesh ports, now the figure has come down to five a month. Prices per pound of shrimp have also fallen from USD 7 to USD 1."

Bangladesh Frozen Food Exporters Association’s president Kazi Belayet Hossain echoed a similar voice. "Shrimp is an expensive and luxury food product. Demand for this item fell due to Covid, followed by recession worldwide. From February till December, 290 purchase orders have been canceled by European and American buyers. As a result, traders would have to count a loss of Tk 460 crore."

Experts advocate a stimulus package for the ailing frozen seafood sector. "Stimulus packages have proven to be very effective in helping a distressed economy recover. However, the beneficiaries have always been big industrialists," said Dr Fahmida Khatun, Executive Director of Center for Policy Dialogue.