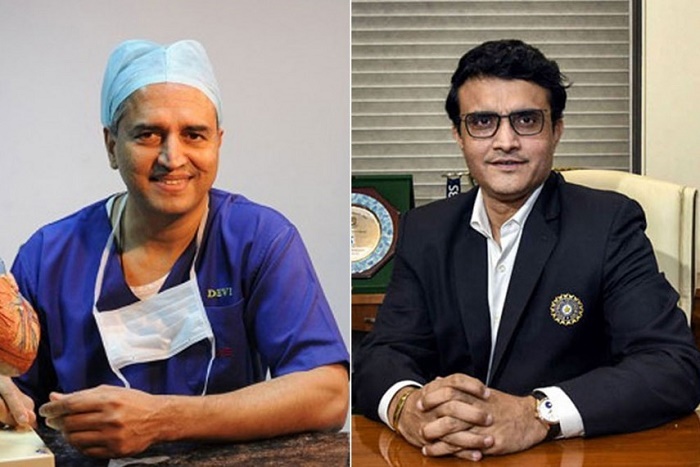 Indian Prime Minister Narendra Modi on Sunday called up BCCI president Sourav Ganguly to inquire about his health, a day after the former Team India captain underwent emergency angioplasty following a mild heart attack, even as eminent cardiac surgeon Devi Shetty was set to reach Kolkata on Monday to head a medical board for Ganguly’s treatment.

The Prime Minister also spoke to Ganguly’s wife, Dona, and offered all help.

Ganguly’s condition remained stable, doctors attending to him at the hospital informed. A 10-member committee formed to supervise his treatment will consult cardiac experts from around the country on Monday to decide whether the 48-year-old requires further surgical intervention.

Bypass surgery has been ruled out now, sources at Woodlands Hospital, where Ganguly is admitted, said.

Sources close to the family said Shetty could lead a medical board that will plan the course of action after deciding whether Ganguly needed another angioplasty.

Ganguly underwent an angioplasty after being diagnosed with triple vessel disease, a condition that’s triggered by the narrowing of coronary arteries because of plaque deposition.

He has three blockages, one of which was removed on Saturday.

“We have decided to consult the best experts across the country before arriving at a decision to conduct a procedure for the other two blocks. All his reports and a recording of the angioplasty will be sent to the doctors for their opinion. We have also consulted the patient’s family, and they have agreed to go by the experts’ decision,” said Rupali Basu, CEO of Woodlands Hospital.

Ganguly’s vital parameters are normal and he slept well at night, a hospital statement said.

The statement added that Ganguly had a light breakfast and lunch and experienced no discomfiture.

Among those who visited the former captain at the hospital on Sunday are former state minister and CPM leader Ashok Bhattacharya, Trinamool MLA Vaishali Dalmiya and Arup Ray. Bhattacharya said Ganguly should not be joining politics. “I guess speculation in the media over the possibility of his joining politics is taking a toll on his health. He is not being able to take the pressure,” he told TOI. Sitaram Yechury (CPM) and Pradip Bhattacharya (Congress) were among the other visitors. Family members have constantly been present.

BCCI secretary Jay Shah and minister of state for finance and corporate affairs Anurag Thakur are likely to drop in at the hospital on Monday, said sources.

On Saturday morning, soon after a gym session at his Behala home, the former cricketer had felt dizzy and suffered a blackout. He was rushed to the Alipore hospital, where initial investions revealed an “acute infolateral wall myocardial infarction” and “mild inferior wall hypokinesia”.

Ganguly has no co-morbidity and has tested Covid-negative. His pulse rate, blood pressure and respiratory rate are normal. “Treating doctors are keeping constant vigil on his condition and taking appropriate measures from time to time,” said a statement from Woodlands.