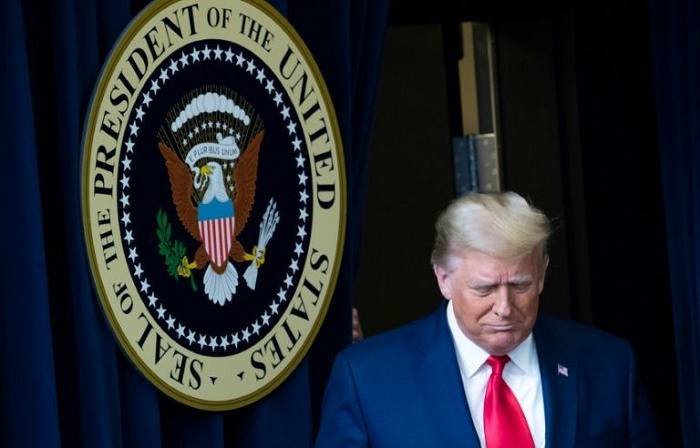 In the conversation with Secretary of State Brad Raffensperger on Saturday, a recording of which was first obtained by The Washington Post, Trump warns Raffensperger that he and his general counsel could face "a big risk" if they failed to pursue his request.

"The people of Georgia are angry, the people in the country are angry," Trump is heard saying on the tape, which was also aired by other media.

"And there's nothing wrong with saying, you know, um, that you've recalculated," the president says. "You're off by hundreds of thousands of votes."

Raffensperger is heard responding: "Well, Mr. President, the challenge that you have is, the data you have is wrong."

Biden won the traditionally conservative state by fewer than 12,000 votes -- a margin unchanged after recounts and audits.

Even a hypothetical reversal there would not be enough to deprive Biden of victory.

Word of the recording came at an extraordinary juncture, two days before special runoff elections in Georgia that will decide control of the US Senate, and three days before Congress is to certify the results of the November 3 election.

That certification, normally routine, is now being challenged by scores of lawmakers at Trump's behest -- though Republican Congressman Adam Kinzinger urged them to reconsider in light of the tape.

"This is absolutely appalling. To every member of Congress considering objecting to the election results, you cannot -- in light of this -- do so with a clean conscience," he tweeted.

Ahead of the release of the audio, Trump tweeted about the call, saying that Raffensperger "was unwilling, or unable, to answer questions such as the 'ballots under table' scam, ballot destruction, out of state 'voters', dead voters, and more."