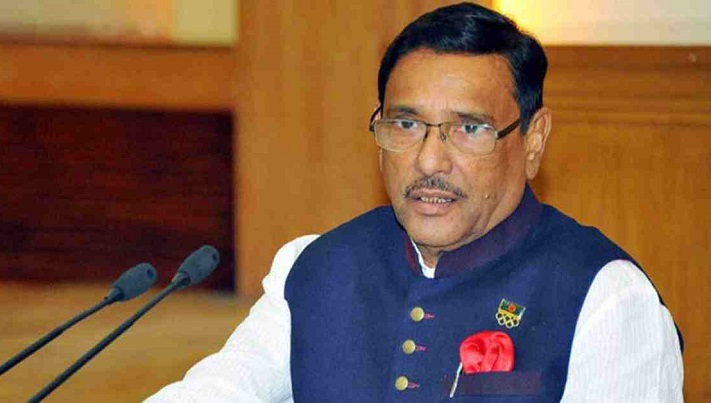 The Padma Multipurpose Bridge, Dhaka Elevated Expressway, Metro Rail and Karnaphuli Tunnel will be opened for all within June next year, Road Transport and Bridges Minister Obaidul Quader said Sunday.

“The government has completed twelve years [in office]. We’re working as per the election manifesto and the government takes it as a challenge [to implement electoral pledges],” he told reporters on current issues at the Secretariat.

Mentioning that coronavirus has turned the world into a death-valley, Obaidul said the government is trying to tackle the spread of the virus and keep the economy operational.

He said the GDP growth is in line with expectation and the country is moving towards digital Bangladesh.

Noting that many people have lost their jobs, the Minister said rehabilitating the jobless people and arranging work for them will be a big challenge.

About 13 percent people have become unemployed in the country due to Covid-19 pandemic, according to a survey of Bangladesh Institute of Development Studies (BIDS).

The survey titled “Coping with COVID -19 and Individual Responses: Findings from a Large Online Survey” was conducted on 30,000 people covering all divisions and districts.

Prime Minister Sheikh Hasina on  December 31 again made it clear that without improvement of the COVID-19 situation the government will not allow to reopen the educational institutions for the sake students’ and teachers' safety.

The government has extended the closure of schools and educational institutions to January 16, as it looks to allay fears of a potentially brutal 'second wave'  of infections exacerbated by the winter season.

Speaking about BNP’s demonstrations, the Awami League leader said the party failed to organise even small-scale agitations. “They’re just talking to make their activists active. Nothing else,” he said.

Replying to a question about giving space to BNP, Obaidul said the government is giving them space but the party was not doing anything.

He said the BNP’s demand for a fresh national election is ridiculous. “Why’re they demanding re-election? Is this a joke?”

He declined to comment on a query over Cabinet reshuffle, saying that it was the jurisdiction of the Prime Minister.