Freedom Fighters Must Prove They Are Muktijoddhas? 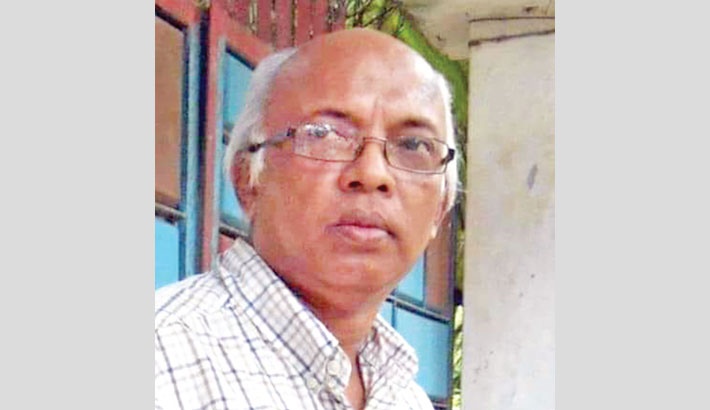 Close to half a century after the end of the War of Liberation, a good number of our reputed freedom fighters have been asked to submit documents testifying to their participation in the war. That is pretty interesting, not to say intriguing. One can only wonder at the sense of history in the men who, in the infinity of their wisdom, decided that illustrious and reputed freedom fighters like Haroon Habib, writer, researcher, historian and secretary general of the Sector Commanders Forum; Sadruzzaman Helal Bir Protik; Rezaul Karim, founder vice president of the Muktijoddha Central Council; Nayeem Jahangir, first secretary general of the Muktijoddha Central Council; and Engineer Afsar, wartime commander of liberation forces in Chittagong, needed to come up with evidence that they did indeed wage war in defence of the national cause back in 1971.

It is a pity, indeed a crying shame, that fifty years after the war, this issue of who was or was not a freedom fighter continues to be raised for reasons that only leave the nation red in the face. When the record is out there, when the roles played by Haroon Habib and all the other brave sons of the soil have been elaborately documented, when people of our generation (we are in our mid sixties) recall the war and remember our friends and relatives who turned into guerrillas in that war, it makes little sense for anyone to now sit in judgment from on high on the contributions of our freedom fighters.

The objective today, at this distance of time, ought not to go about nitpicking in the name of preparing lists of freedom fighters. The War of Liberation must not be denigrated through such nitpicking. There was a war; there were all the young men and women --- coming from various strands of society --- who marched off to the war and would not come home until they seized victory, until they ran the alien Pakistan army out of our land.

There are ageing and impecunious freedom fighters who scrape a living through managing small tea stalls in their villages. A few years ago we came across the story of a freedom fighter who, unable to provide for his family, took to building a sledge pulled by dogs that would ferry passengers to their destinations. Life has been grossly unfair to the freedom fighter who travels every dawn from his village to the nation’s capital to work in a nondescript hotel all day long before taking his exhausted being home late in the evening.

Impoverished freedom fighters have seen the country make progress, have seen loan defaulters turn their black money white, have observed the nouveau riche buy homes abroad on the strength of corruption, have been witness to government officials applying the lie of their having been participants in the War of Liberation because they needed to come by extensions of service, to stave off retirement. These poor freedom fighters, witness to the chronicles of moving times, waged war for the collective national happiness. And they have not been happy.

It does not do us proud to be told that a good number of collaborators of the occupation army have made it to the list of freedom fighters and that freedom fighters were bracketed as razakars. This was the story not too long ago. It was sloppy work, indicative of incompetence. If it was done by bureaucrats, if bureaucrats were placed in charge of compiling the lists of freedom fighters and collaborators, it was a bad move. The tale of our War of Liberation, every chapter of it, every narrative of it, is to be had from our people inhabiting the villages and towns of this land --- freedom fighters and their families and neighbours, teachers, researchers, historians, journalists, documents, et cetera. Leaving history in the hands of the bureaucracy is fraught with danger, a primary one being the risk of it getting trapped in red tape and, of course, ignorance.

There is one other critical point we must not overlook. The bulk of our freedom fighters, those who fought on the battlefield, were trained in India. There were the guerrillas of the Mukti Bahini; and then there was the Bangladesh Liberation Force, known as Mujib Bahini. Here in Bangladesh were guerrillas who fought the Pakistan army as the Kaderia Bahini, led by Kader Siddiqui. It stands to reason, therefore, to suggest that the government take measures to prepare a comprehensive list of every individual who was part of these forces through the assistance of local elements and associations. Besides, there are freedom fighters today aligned with various political parties but in 1971 fought in the war together for liberation. These illustrious individuals must be consulted, dispassionately and with absolutely no partisan motives, about their experiences and about the guerrillas under their tutelage or command.

The civil administration at Mujibnagar, the men and women behind Shwadhin Bangla Betar, the artistes who toured the camps inspiring freedom fighters and the ten million Bengalis forced to be refugees, the journalists who worked for such publications as Joi Bangla, the diplomats who disseminated our message of freedom around the world --- all of them are liberators, Muktijoddhas we honour from the core of the heart. Is it that difficult to go back to the historical record and revisit their contributions to the national cause?

A good number of freedom fighters have died from various causes such as ailments, ageing and penury. It remains the responsibility of the State to prepare a comprehensive record of their role in 1971 through interacting with their families and friends. It is the moral duty of the State to locate and identify their graves and add their names to the list of freedom fighters. And, yes, the State also needs to investigate the corruption indulged in by elements who never went to the war, who moved around in villages and towns in 1971 and yet, within hours and days of liberation, foisted themselves on the country as freedom fighters. These fake patriots, or 16th Division, as they have been known in the pejorative sense, must be identified and exposed. The certificates they came by or manipulated into acquiring must be rescinded, publicly.

Muktijoddhas are the greatest children of Bangladesh. Let no one make a travesty of their contributions to the freedom of this nation through asking them to prove that they are Muktijoddhas. If some people do not know of Haroon Habib and other valiant soldiers like him, they need re-education through a renewed study of national history.