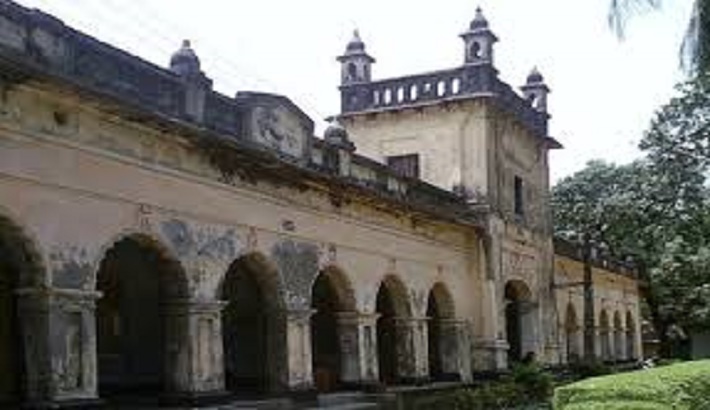 Sir Salimullah Muslim Orphanage, the century-old govt orphanage located at Azimpur in the capital, has turned into a hub of  fake orphans, thanks to the negligence of the authorities concerned.

Over 60 per cent inmates of the orphanage are fake as they have their parents, officials concerned said.

Besides, many others were living there even after their age limit expired much ago, they said.

The matter came to the fore after new Superintendent Abdullah Al-Mamun joined the orphanage recently.

He expelled some of the fake orphanages while action is being taken against the rest.

Talking to the Daily Sun, the superintendent said the orphanage is home to 182 residential male and female students. “Of them, about 60 per cent are not orphans as their parents are alive.”

However, they are availing themselves of all the facilities following an unholy nexus comprised of teachers, officials and students, depriving the real ones.

The syndicate used to help the children of many poor people to be enrolled and embezzle money donated by the government and the affluent section of people.

Sources said the orphanage has huge wealth and property, including 57 shops, which were rented out.

A big amount of money is earned every month as shop rents. Besides, the government and general people allocate and donate money to the orphanage every year for taking care of the orphans.

But dishonest officials and teachers of the orphanage embezzle the money in different ways, including showing inflated expenditures for taking care of the orphans.

Besides, they often do not deposit the money earned as allocation and donation to the account of the orphanage.

Sources said an audit is now being conducted to dig out the corruption practice at the orphanage.

As per the rules of the orphanage, an orphan cannot live in the orphanage after passing his/her Higher Secondary Certificate examination.

However, many students, who have already crossed the age limit, were living there and getting involved in various crimes, including drug trade.

Take Harun-Ar-Rashid, 40, and Mohammad Yusuf, 38, for example. They had been living at the orphanage as students even at this age until they were appointed as physical teachers of the orphanage-run school named Farid Uddin Siddique High School.

The orphanage superintendent alleged that the duo used to control the orphanage. “They’d set up a torture cell inside the orphanage where those who raised voices against them were punished mercilessly,” he said.

He, however, said he got them arrested by police on November 22 last on corruption charges.

Nawab Sir Khwaja Salimullah Bahadur established the orphanage in 1907 as Islamia Orphanage. It was named after his name following his death.