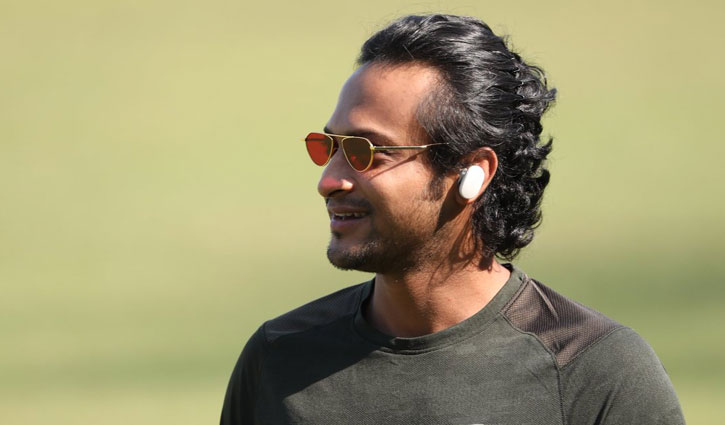 Ace Bangladesh all-rounder Shakib Al Hasan has returned home from the USA to make him available for the national team ahead of the upcoming home series against West Indies.

Shakib arrived at the Hazrat Shahjalal International Airport at 10:00am on Sunday by a Qatar Airways flight.

Shakib, who completed his one-year ban imposed by the International Cricket Council for failing to report corrupt approaches, is expected to return to national color against West Indies, featuring three ODIs and two Tests.

Shakib returned to competitive cricket during the recently-concluded Bangabandhu T20 Cup but his campaign ended abruptly and missed the final to be with his in-laws in the USA, who died before his arrival.

Shakib's performance was on focus during the domestic T20 tournament but the 33-year old failed to shine, especially with bat and could make only 110 runs in nine matches, averaging 12.22 with a strike rate of 120.87.

Shakib however bowled economically during the tournament, conceding only 204 runs in 34 overs - with an economy rate of 6.00 and also picked up six wickets.

Meanwhile, Shakib is all set to become a father for the third time. Shakib posted a photo of him kissing his wife Umme Ahmed Shishir’s baby bump in his social media platform and captioned the photo, “New year, new beginning, new addition. Happy new year to everyone.”