Sk Jamal match will be a good test for our defence: Oscar 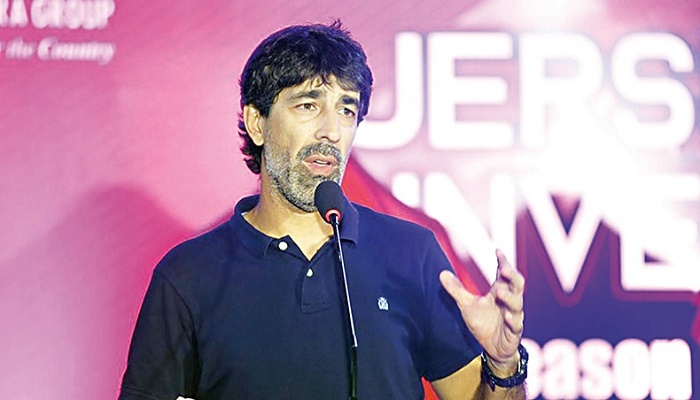 “Our all efforts, focus and attention are on the quarter-final game against Sheikh Jamal. The team is full of confidence to contest for all the titles which matches ultimately with our club goal,” Oscar told The Daily Sun on Saturday.

“Sheikh Jamal are amongst the best attacking teams in the ongoing season. The match will be a good test for our team defence which so far has been solid,” he added.

The big-budgeted club Kings reached quarters with remaining undefeated after they beat last year's runners-up Rahamatgonj Muslim Friends Society by 3-0 goals in their opening match on December 22 and beat Chittagong Abahoni Limited by 1-0 goal on December 28.

Kings formed a strong 29-member team including 14 national booters and 4 foreigners. Among them, four key players including captain Topu Barman, Sushanto Tripura, Atiqur Rahman Fahad and Tarik Kazi were sidelined due to injuries. Oscar further informed these players were recovering.

“We are facing some injury problems but in recent days some of these players are joining the team practices. They are slowly recovering which is great news as we need the full-strength squad to compete at our best.

“Meanwhile we have full confidence on playing a good game on Sunday and qualify for the next game,” the 43-year-old coach said.

Oscar also expressed his satisfaction with the overall team performance during the ongoing tournament.

“I am satisfied with the team performance and also with the level shown by all our players, foreigners and locals. Most important is the good understanding and empathy in between our players rather than highlighting individual performances.

“Team has completed solid games on the group stage and through our team practices all players are delivering high performance outputs,” he added.