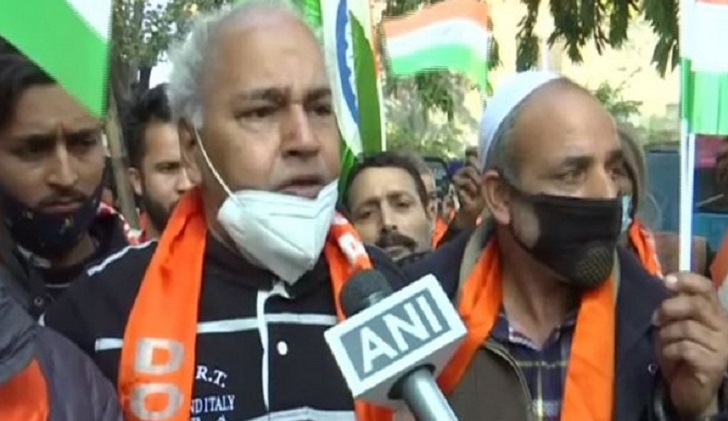 Dozens of Dogra Front activists on Friday protested against Pakistan here, following the demolition of a Hindu temple in the Karak district of Khyber Pakhtunkhwa province.

“Yet again they have destroyed a Hindu temple. A blast took place outside a temple near Heera Nagar. They(Pakistan) are trying to put Hindu and Muslims against each other. But we will stay together at any cost. They are always conspiring against us,” Dogra Front president Ashok Gupta told ANI.

“There is no democracy in that country…We should teach them a lesson by conducting multiple Balakot like airstrikes,” he added.

This comes after India on Friday lodged a formal protest with Pakistan via diplomatic channels against the vandalisation of a Hindu temple there, reported a source.

On December 30, a mob of over a hundred people led by local Muslim clerics had destroyed and set on fire a Hindu temple in the Karak district of Khyber Pakhtunkhwa province.

A viral video clip on social media showed a violent mob destroying the walls and roof of the temple.

This act against the Hindu minority community has been widely condemned by human rights activists based in Pakistan and other parts of the world.

The mob incited by a local cleric was part of a rally organised by Jamiat Ulema-e Islam-Fazl (JUI-F), a Sunni Deobandi political party in Pakistan. In the rally, speakers delivered inflammatory speeches after which the mob stormed the temple, set it ablaze, and razed it to the ground. (ANI)