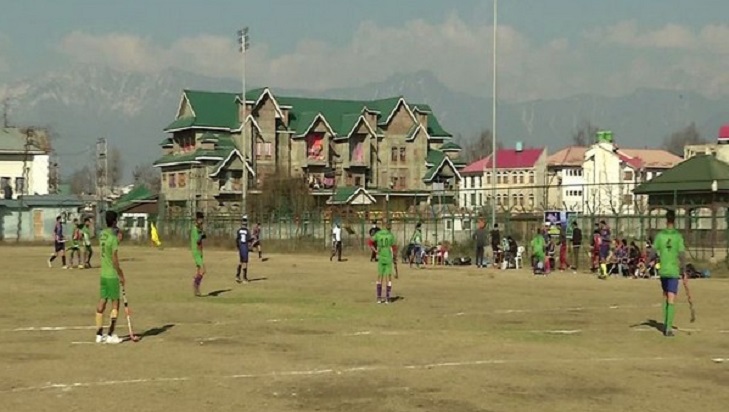 In a bid to revive hockey culture in the Valley and reduce stress level among youth amid the COVID-19 outbreak, the Jammu and Kashmir administration is organising special tournaments in various parts of the region.

Several hockey tournaments are being held at places including Srinagar, Budgam, Anantnag, Bandipora and Baramulla.

Mushtaq Ahmad Zargar, the manager of Gindun Stadium, said: “Several tournaments are being organised on a regular basis for other sports. Despite being the national sport, we get to see less hockey tournaments. This is a good beginning which will help reduce the stress level of the youth. Any sport is an apt way to stay fit, especially during COVID-19. This is a good start by the sports council to begin this tournament.”

Tejinder Singh, a player who practices hockey at the Gindun Stadium, urged other players to participate in this endeavour of the administration and make this event a success to further promote hockey.

“There was snowfall last week due to which many players did not come to play. Jammu and Kashmir hockey association has taken an initiative to promote the sport and they have come up with a tournament. We are excited about that. We appeal to other players to participate in this endeavour and make this event a success which will further promote the sport of hockey,” said Singh.

“In summers, everybody comes out and plays but in winters things get a bit dull and we get less chance to come out and play. For the last two-three days, we are witnessing pleasant weather,” he added. (ANI)