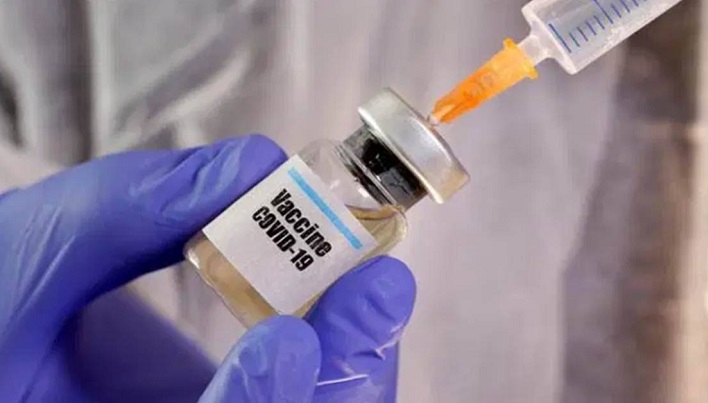 As vaccinating millions of people across the country to control Covid-19 looks to be a daunting task, the government has prepared a masterplan and necessary guidelines to do the job properly.

The masterplan will soon be submitted to Prime Minister Sheikh Hasina for approval to begin the country’s biggest-ever vaccination programme in early 2021, said officials at the Ministry of Health.

In an interview with UNB, Health and Family Welfare Minister Zahid Maleque said they have a target of vaccinating around 5.5 crore people by over one year’s time depending on the billability of the covid-19 vaccine.

Vaccination may start in Feb

Zahid Maleque said the government has already taken necessary preparations to ensure proper distribution of the vaccine among people based on priority and necessity.

However, an official at the ministry, wishing anonymity, said they are getting ready to start the Covid-19 vaccination programme in early February as they may not receive it by January.

When and how vaccine to come

As per their plan, the Health Minister said, three crore doses of vaccines of Oxford/AstraZeneca will reach the country in different phases by the next six months.

Maleque said the health sector has sincerely been working on all the procedures -- from signing contracts to the immunisation process.

He said the number of people they are going to vaccinate will be around five and a half crores. “It’ll take six months to collect and vaccinate three crore doses of the vaccine of Oxford/AstraZeneca.

Besides, the minister said, the COVAX programme led by the World Health Organization and the Global Alliance for Vaccines and Immunisation or GAVI is supposed to start giving Bangladesh vaccines for around four crore people or 20 percent of the population by May and June.

“We’ve already completed signing a deal and all other paper works to have the vaccines under the COVAX programme. So, about five and a half crores of our people will come under the vaccination by more than a year's time,” he added.

Maleque said they have made all the preparations for reaching their target of vaccinating 5.5 crores of people as early as possible. “Our expert teams are working on it properly. We also have adequate manpower to make it happen.”

Who may get it first?

The minister said a masterplan and guideline have been worked out as to how the vaccine will be given and to whom it will be given first.

He said they have already set priorities for the distribution of vaccine doses.

In the first phase, he said, health and media workers, and members of various forces will be vaccinated with the highest importance.

Who are out of the primary plan?

Maleque said half of the total population of the country is under 25 years of age while 40 percent of people are under the age of 18. “They don’t need the vaccine at the early stage.”

In addition, the minister said, about 30 lakh pregnant women and patients with some other complex diseases will not be vaccinated.

The Health Minister said the vaccine doses will be collected from Oxford and COVAX will cover the maximum people who are primarily needed.

The minister said they have taken steps for ensuring freezing facilities at the district-level hospitals for the storage of the vaccines at the required temperatures.

Besides, he said, the process of procuring cold boxes for the transportation of the vaccine is underway. “World-class labs have been set up in Bangladesh having the recognition of the WHO.”

Maleque said they have also prepared cold chains and procured cold boxes for storing the vaccine at a specific temperature.

“No chance of chaos”

“A guideline has been made on how the vaccine will be distributed. There’s no chance of any kind of chaos in the distribution of vaccines as everything will be done in accordance with the guidelines we’ve prepared,” the Minister said.

He said they have sufficient trained manpower to provide the vaccine. “The vaccine will be given by skilled manpower. “We’ve also a plan to involve the private sector in providing the vaccine.”

Maleque said the government will continue the normal vaccination activities for other diseases alongside the corona vaccine ones.

Contacted, Health Secretary Abdul Mannan said a masterplan has been worked out for carrying out the vaccination activities in a disciplined manner.

He said the masterplan will be presented to the Prime Minister soon for her approval. “Once it’s approved, the vaccination activities will be carried out accordingly.”

As per the deal with the Serum Institute of India, Mannan said Bangladesh will get three crore doses of vaccine (50 lakh doses per month) in the next six months.

In the first phase, he said 50 lakh vaccine doses will come and it will be given to 25 lakh people.

Mannan said the government is in talks with some other companies in addition to AstraZeneca to procure the vaccine.

Replying to a question, he said a guideline is being prepared on the storage and distribution of the vaccine. “Vaccination will be carried out as per the guideline.”

Asked about how many doctors, nurses and other manpower will be needed to distribute the vaccine, Mannan said they will give details about it later after the approval of the masterplan.