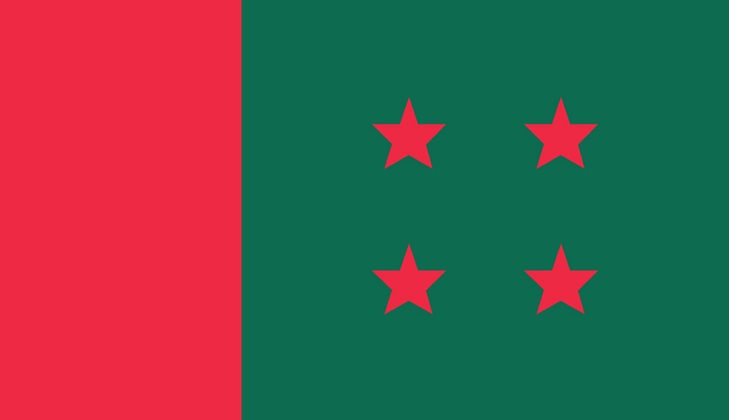 The ruling Awami League, once again, has proved that it is a pro-people party as the party put in their best efforts to provide assistance for the people amid the ongoing coronavirus pandemic while other political parties are averting their responsibilities during this grave crisis.

At the directive of Awami League President and Prime Minister Sheikh Hasina,  the party engaged its full strength to tackle the deadly virus and stood by the people from all walks of life with necessary support.

Amid the corona outbreak, party leaders and activists also stood by the people with the government assistance during the natural calamities — super cyclone ‘Amphan’ and month-long flooding.

But, the party had been compelled to halt party activities for months due to the ongoing corona pandemic. The party, however, is celebrating the Mujib Year on a limited scale by holding programmes oneline.

After a few months’ break, the Awami League resumed its organisational activities, coping with the new reality over the corona pandemic. Later, the party geared up its activities, targeting the phase-wise municipal polls.

The party saw a happy start of the year 2020 as its candidates— Sheikh Fazle Noor Taposh and Atiqul Islam — were elected mayors of Dhaka South and Dhaka North city corporations respectively with a huge margin.

After a month-long polls campaign by the party leaders and activists, Taposh and Atiqul came out victorious in the mayoral elections to the two Dhaka city corporations held on February 1.

As part of its plans, the party directed its units to hold councils and announce full-fledged unit committees. The party also made organisational visits to districts and launched member collection drives.

Awami League President and Prime Minister Sheikh Hasina at a programme announced that none will remain homeless during the Mujib Year while party’s general secretary and road transport and bridges minister Obaidul Quader urged all units to celebrate the Mujib Year.

Just after the detection of the first corona case in the country on March 8, the party and its associate bodies got involved in carrying out mass awareness campaign, distributing protective gear, giving food and financial assistance to the people.

Party sources said around 12 million people got food assistance and over Tk 100 million were distributed as financial assistance alongside free ambulance and telemedicine services during corona lockdown. The party helped farmers harvest crops as there was scarcity of labours.

On the one hand, rank and file party men were involved in saving the lives of people, on the other hand, the party had to face embarrassment over irregularities and anomalies in distribution of relief. Over a hundred public representatives were suspended for such offences.

In the outgoing year, Aawami League had also faced embarrassment for irresponsible remarks of some ministers and party bigwigs.

Besides, a large number of party men were involved in rehabilitating cyclone ‘Amphan’ and flood-hit people alongside giving humanitarian assistance at the directive of party President Sheikh Hasina.

Due to the corona pandemic, Awami League celebrated its 71st founding anniversary virtually on a limited scale.