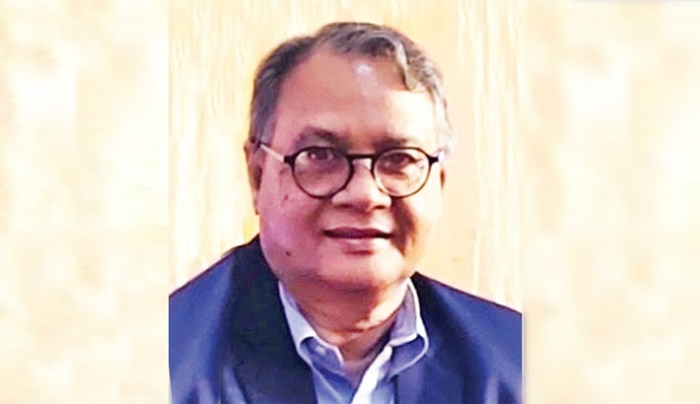 The New Year 2021 ushered in as the earlier previous year has come to an end. Generally all welcome New Year with high hopes. Every year is important in a human’s life as each leaves behind memories of sorrow, agony, joy, and happiness. With time, in some cases, the sad memories leave behind permanent scars on the minds of people. On the other hand, memories of joy and happiness give immense pleasure.

The fading out year 2020 is unique in many respects and as it leaves behind memories and experiences which will have lasting impacts and far reaching consequences for the world and its people. It started like any other new year with high hopes for reaching new heights at the personal, national and global levels. But, as the days progressed, it turned out to be a year that comes once in centuries for its severe adverse impacts, particularly on the lives and livelihoods of the people across the continents. The global economy was thriving and technological advancements were opening up new avenues and opportunities in a number of sectors. Then, everything fell apart with the spread of the deadly Covid-19 virus in all corners of the globe. The virus was first detected in December, 2018, in Wuhan, China. It was duly reported in the media. It appears that no one took it seriously in the initial days. It was perceived that the virus could be like other viruses like SARS, MERS and Ebola, to name a few, and would be contained soon with appropriate medical and other interventions. But, it was not to be what was expected.

The Covid-19 virus has proved to be highly contagious under all kinds of conditions. From China, the virus travelled unabatedly to Iran and West Europe. Later, it spread to all the continents and the countries of the world including Bangladesh. It took the world by utter surprise in terms of its ferocity and deadly nature. Globally, according to the World Health Organization (WHO), by now, there have been close to 80 million confirmed cases of Covid-19 infections including 1.7 million deaths. Most of the countries of the world took extreme measures like complete lockdowns to contain the spread of the virus. All activities including economic activities came to a halt. Millions of people lost their jobs and livelihoods. Governments of different countries, both developed and developing, came out with various safety net and incentive packages to support hard hit populations and business enterprises.

Later, the lockdown strategy was adjudged not to be a viable and sustainable solution and was subsequently withdrawn. But normalcy did not return as the virus remained active in infecting people and causing deaths. The year 2020 passed by trying different options to keep life afloat amidst the pandemic. It needs to be mentioned here that till today, no confirmed medical protocol has been developed to treat the virus infected patients. Only weeks before, two vaccines that have been developed in record time of one year were given emergency approval for use for preventive purposes in the western world. The vaccine development has been a glimmer of hope under the current dismal situation. But a week back, a new variant of the Covid-19 virus has been identified in England and later in other parts of the world. It is said to be more contagious than the previous strand. This new development has raised more concern and lockdown strategy has again been under implementation in several European countries to stop further spread of the new variant of the virus.

The New Year 2021 will begin its journey under the above stated global situation of economic depression with associated loss of livelihoods of millions and fear of infection by the deadly virus. Now, the developed vaccines are our only hope for the future. But vaccine production and distribution would be a gigantic task. The world population is now about 7.8 billion. A large section of this great number of population needs to be vaccinated to achieve herd immunity to defeat the virus. This would be the greatest challenge of the New Year, 2021. To achieve this, there needs to be global efforts from all concerned across the globe. The developed countries of the North and down under will be able to achieve the targets of vaccination with ease. But the developing world will face a lot of constraints like lack of financial resources to buy the vaccines, and logistics and infrastructure facilities for vaccinating their people.

The other important challenge in the coming year would be rejuvenating the global economy. This will also require huge resources to be injected in the economies of the countries. Resource constraint countries or the developing world will also need large financial assistance from the developed countries and multilateral agencies in this regard. There needs to be some concerted effort of a global scale for rejuvenating the world economy. The other challenge would be to meet the threats posed by the phenomenon known as “climate change.” This also calls for global cooperation and affirmative actions. Here, it may be noted that climate change is the result of human actions disregarding the harms caused to the environment. The tolls of such actions are mostly borne by the developing world even though they have a very limited or no role at all in environmental degradation. The developed world is perceived primarily to be responsible for climate change.

In this particular area, concrete actions are needed, ensuring participation of all the countries of the world. In the New Year, if vaccination could successfully cover the critical mass or number of the global population, all other human activities in the sports, tourism and cultural arenas that are on hold or taking place on a very limited scale mostly without spectators will likely resume in full swing. This will help in bringing normalcy in the day to day lives of the people that has been forgotten due to the highly contagious nature of the Covid-19 virus.

The New Year is also the 50th year of the independence of Bangladesh. In that sense this is a very auspicious year in the lives of the people of the country. Over the years, since independence, Bangladesh has achieved many milestones dispelling the doubts and negative forecasts of many. The New Year will be very important for Bangladesh for she needs to accelerate her onward journey for increased prosperity of its citizens. The pandemic has slowed down Bangladesh’s development efforts and initiatives. But it should be mentioned here that she is one of the very few countries of the world which have been able keep the economic growth in the positive territory even during the pandemic.

Now, Bangladesh needs to ensure speedy procurement and distribution of the antivirus vaccine. This will provide necessary protection against the infection to the people. Once this is achieved, economic and other additional activities will receive required momentum. The ever resilient people of the country will be able to get hold of all the new opportunities that are going to be available at the end of the pandemic and the country will be able to reach its cherished destination of establishing a prosperous society free from poverty, hunger and all forms of discrimination.