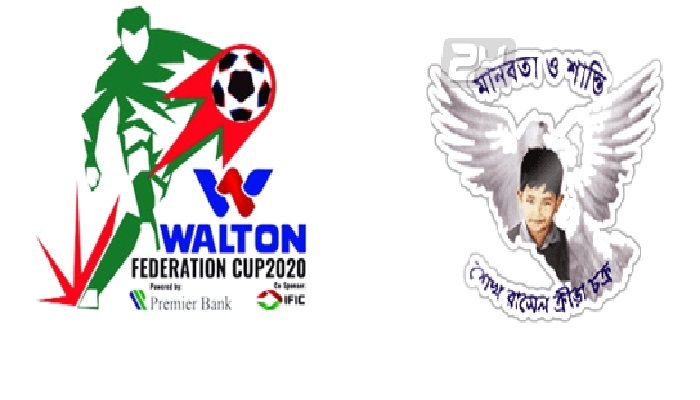 Group A champions Sheikh Russel Krira Chakra will face Group C runners-up Chattogram Abahani Ltd in the first quarterfinals of the ongoing Walton Federation Cup 2020 at Bangabandhu National Stadium (BNS) in the capital on Friday.  The match will commence at 4:00pm.

Sheikh Russel KC reached the quarters beating Bangladesh Championship League (BCL) champions Bangladesh Police Football Club by 1-0 goal and Lt Sheikh Jamal Dhanmondi Club Ltd by 3-2 goals in their two group matches on December 24 and December 30 respectively.  About their preparation, Sheikh Russel’s Nigerian midfielder Ugochukwu Obi Moneke told The Daily Sun, “Our target is to secure win, though we know they (Ctg Abahani) are a strong side.  The match will be tough, but we will give our best in those 90 minutes.”

Ctg Abahani got a blow ahead of the match as their two foreigners namely Nigerian forward Idenyi Chinedu Matthew and Brazilian forward Nixon Guylherme Rocha Brizolara would miss the game. Matthew was ruled out of the competition due to testing positive for COVID-19 while Nixon got injured.