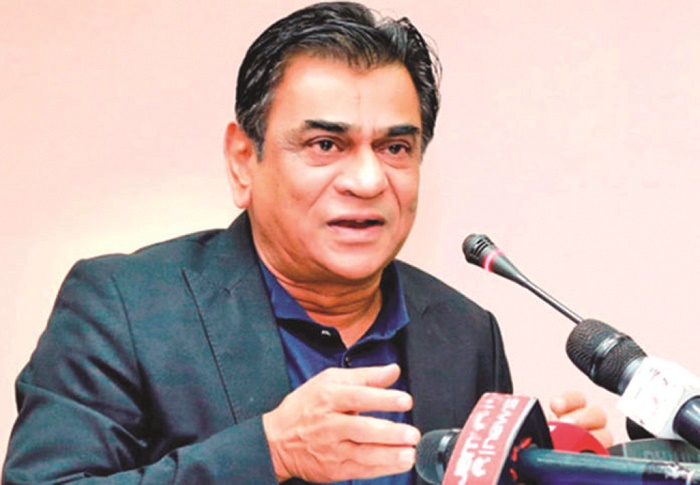 Country’s football legend Kazi Salahuddin and his 21-member electoral panel named ‘Sammilita Parishad’ gained majority in Bangladesh Football Federation (BFF) election and congress 2020, also known as BFF Elective Congress 2020, held on October 3. Salahuddin, also a member of Swadhin Bangla Football Team, was elected as BFF president for the first time in 2008. He was re-elected unopposed in 2012 before winning the election again in 2016.

Salahuddin bagged 94 out of 135 votes while his nearest contestant Badal Roy got 40 and independent candidate Shafiqul Islam Manik got only one vote. Another member of Sammilita Parishad, Abdus Salam Murshedy, also retained his post Senior Vice-President securing 91 votes while a candidate from the opposition panel named Samannoy Parishad Sheikh Mohammad Aslam got 44.

Three out of four candidates from Sammilita Parishad were elected as vice-presidents. Bashundhara Kings President Imrul Hassan, who was competing for the first time as Vice-president candidate, made his debut memorable.

Mohiuddin Mohi from Samannoy Parishad was elected as the fourth vice-president beating Tabith Awal in a bypoll on October 31. Mohi and Tabith got the equal 65 votes in the BFF polls held on October 3. However, Mohi got 67 votes and Tabith 63 while a total of 130 out of 139 delegates voted in the bypoll.

The 3-member election commission, headed by Mezbah Uddin Ahmed, conducted the polls. Other two members are Mahfuzur Rahman Siddique and Motahar Uddin Saju. Ahead of the election, a two-hour Annual General Meeting (AGM) was held at the same venue. President of the world football's governing body FIFA Gianni Infantino sent a video message to BFF on the election day thanking all participants in the election and AGM.

The election was expected to be held on April 20, but BFF postponed the polls due to the pandemic COVID-19 countrywide. The governing body of world football FIFA had also permitted BFF to postpone the election day until the situation became normal. Finally, BFF EC announced a fresh schedule on September 3. According to the fresh schedule, a total of 49 nomination papers -- three for president, two for senior vice-president, eight for vice-presidents and 36 for executive committee members -- were sold in three days of nomination distribution from September 5 to 7. Candidates submitted nomination papers on September 8 while BFF Election Commission scrutinized all submitted nomination papers on September 11.

Two candidates -- Saidur Rahman Manik and Zakir Hossain Babul withdrew their candidacy on the last date of candidate withdrawal on September 12. Former football star Badal Roy, who was expected to compete against Kazi Salahuddin, withdrew his presidential candidacy on the same day. But BFF EC rejected it as the former football star submitted his application after the deadline of withdrawal candidacy at 5 pm. However, the BFF EC published the final list of candidates including Badal Roy and provided ballot numbers on September 13. Later, Badal asked for votes announcing himself as presidential candidate of Samannoy Parishad on Facebook a day before the elections on October 2.