Will Mash get ‘one last dance’? 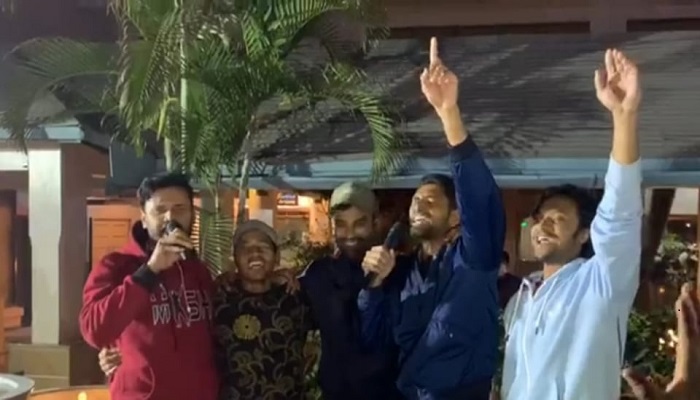 Mashrafe quitted the Tigers’ leadership role during Bangladesh’s last home series against Zimbabwe but made himself available only as a player.

BCB Chief Selector Minhajul Abedin Nannu is expected to have a zoom meeting with the team management on Thursday and it is understood that the major part of the discussion will be about Mashrafe’s future in the national dressing room.

“We will finalise the team within next two days and hopefully we can announce it on January 3,” Minhajul told The Daily Sun on Thursday.

BCB President Nazmul Hasan Papon earlier stated that if the selectors feel that Mashrafe is capable they (selectors) have all the freedom to include him in their squad as the 37-year is not yet ready to say the final goodbye.

Earlier, Mashrafe stated that he wanted to continue playing domestic cricket as long as he enjoys only if he received required support from his body which had received numerous injuries during his 19-year long illustrious career.

Considering the present context, one can assume without any difficulty that the selection of Mashrafe does not entirely depend on the selectors even if they insisted that the Tigers team management led by head coach Russell Domingo is not very keen to have him feature against West Indies for the three-match ODI series.

Mashrafe, unlike his other national teammates, was not part of the residential training program which began ahead of the Sri Lanka tour (postponed) under the supervision of the foreign coaches.

Mashrafe’s decision to opt out of BCB President’s Cup, a 50-over tournament introduced by BCB, after he cited fitness issues clearly indicated that he was not ready to take the load of 50-over cricket, the only format in which he is currently featuring for Bangladesh.

BCB initially did not include Mashrafe’s name in the draft list of the recently-concluded Bangabandhu T20 Cup due to his knee injury but he still managed to feature in the competition as BCB insisted that he can be roped into the squad outside the draft.

Mashrafe did not take long to showcase his control over line and length despite returning to cricket after a nine-month gap and hogged the spotlight by earning his maiden five-wicket haul in T20 cricket.

BCB Cricket Operation Committee Chairman Akram Khan told The Daily Sun that he did not feel that performance in the shorter format can be a criterion for being picked for 50-over format.

“Look you can’t judge a cricketer for ODIs by going through his domestic T20 performance. There is no doubt he is one of our biggest stars but at the same time there are many other requirements he need to fill to become eligible for international cricket which are largely concerned with fitness and I am not sure where he stands fitness-wise,” said Akram.

“I think the selectors should talk to him to know his mind regarding his international career and make a call sooner than later,” he said.

A BCB high-up on request of anonymity pointed out that BCB think-tank need to understand the entire picture before taking any decision as they have to groom youngsters for the future and nothing could be better than providing them with the opportunity against a below-strength West Indies.

West Indies will be arriving in Bangladesh on January 10 to play three ODIs and two Tests with most of their regular players like Jason Holder, Kieron Pollard opting to skip the series.

During the domestic T20 tournament, Mashrafe suddenly became visible in all social media platforms along with the other four seniors, who are better known as the fabulous five.

Mashrafe along with Mushfiqur Rahim, Tamim Iqbal, Mahmudullah Riyadand Shakib al Hasan were seen dancing and the seniors came out of the shell gradually after the inspirational skipper helped them overcome nervousness.

Mashrafe’s song and dance and made others follow his footsteps. Only time can say whether he gets ‘one last dance’ with senior members of the national team with whom he had shared joy and sorrow all these years before time eventually making the ultimate call which will mark his separation from the national dressing room.