King of Bhutan in Dhaka 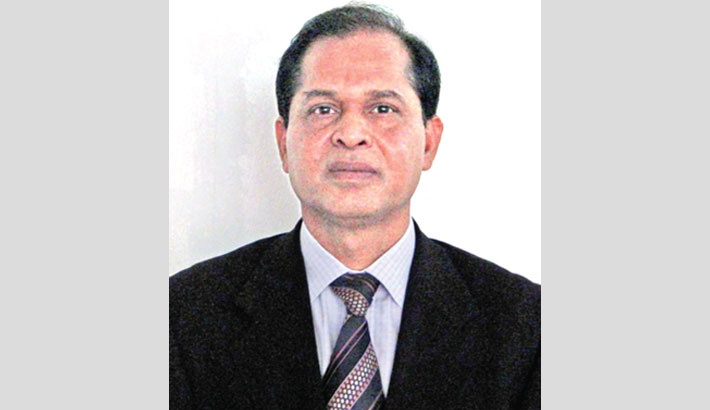 King Jigme Singye Wangchuck of Bhutan arrived in Dhaka on 28 December 1974 on a three-day state visit to Bangladesh. He was accompanied by his sister Ashi Dechen Wangmo Wangchuck. The Bhutanese King was given a warm red-carpet reception, with 21-gun salute at the airport. The President of Bangladesh,  Muhammadullah, and the Prime Minister, Bangabandhu Sheikh Mujibur Rahman, received the royal guests. The King also inspected a guard of honour given by a contingent of Bangladesh Armed Forces before proceeding to the presentation line. In fact, he reached Dhaka directly from New Delhi on an Indian flight after his 10-day official visit to India. This was the first visit of the King of Bhutan to Bangladesh.

Bhutan is not only our neighbour, but is a friend in need. Bhutan had supported us from the very beginning of our great war of liberation, which had built a spiritual bond between the peoples of the two countries. In addition, Bhutan had recognised Bangladesh as an independent state immediately after India. Therefore, for obvious reason, our relationship with Bhutan is very strong, trustworthy, friendly and cordial.

On 28 December afternoon, King Jigme Singye Wangchuck called on the President of Bangladesh at Bangabhaban. They talked about the issues of mutual interest in a very friendly and cordial atmosphere. After the meeting, Bangabandhu called on the King of Bhutan at  Bangabhaban. They passed sometime discussing important bilateral and international issues.

The official meeting between the Prime Minister of Bangladesh, Bangabandhu Sheikh Mujibur Rahman, and the King of Bhutan, Jigme Singye Wangchuck, was held on 29 December at Ganabhaban. During the hour-long meeting, they discussed issues of mutual interest between the two countries. It was noted at the meeting that the root of the spontaneous friendship and cooperation between the two countries was the common ideology and the leaders of both the countries had been working for well-being and happiness of their peoples.

Both sides stressed that as long as the Pakistani nationals remaining in Bangladesh were not repatriated to their country and the question of a just apportionment of assets between Bangladesh and Pakistan was not resolved in an equitable and mutually satisfactory manner, the objective of complete normalisation, as envisaged in the Delhi Agreement of April 1974, would remain unfulfilled. Both sides hoped that Pakistan would appreciate the importance and urgency of giving full effect to the Simla and Delhi Agreements and would cooperate in establishing normalcy and lasting peace in the region as a whole. In this context, the Bhutanese side greatly appreciated the generous and noble contribution made by Prime Minister Bangabandhu Sheikh Mujibur Rahman towards promotion of durable peace in the sub-continent.

Bangladesh and Bhutan reaffirmed their strong support to the United Nations resolution that the Indian Ocean area should be a zone of peace and stressed that continuation of any military activity in the area would aggravate big power rivalry and pose a direct threat to peace and stability in the region.

Bangladesh thanked the Government of Bhutan for their consistent support to Bangladesh in all international organisations. The King of Bhutan expressed his satisfaction at the admission of Bangladesh to the United Nations, which was a vindication of the ideals, aspirations and rights of the people of Bangladesh. The King expressed his full confidence that Bangladesh's presence at the United Nations and its commitment to the UN Charter would effectively contribute to the cause of peace in the world.

The talks had reflected a common view on the ongoing international issues. Both sides reaffirmed that the policy of non-alignment to which both the countries were deeply committed constituted an irreplaceable factor for realisation of the just aspirations of the peoples throughout the world. Both countries expressed satisfaction that an ever-increasing number of countries were adhering to this policy, thereby confirming the vitality of the non-aligned movement and its great significance in the context of the present international situation.

Bangladesh and Bhutan agreed that the principles of mutual respect for sovereignty and territorial integrity, mutual non-aggression, non-interference in each other's internal affairs, equality and mutual benefit and peaceful co-existence should be the tenets guiding relations between nations.

In their review of the recent developments in West Asia, the two leaders welcomed the recognition of the Palestine Liberation Organisation (PLO) as the sole representative of the Palestinian people and expressed satisfaction that the United Nations General Assembly had given opportunity to the leaders of the PLO to represent their point of view in the world forum. They reaffirmed their conviction that a permanent settlement in West Asia could only be achieved on the basis of restoration of the illegally occupied Arab territories and the legitimate rights of the people of Palestine.

Both sides stressed their deep concern at  continued tension in the Indo-China region. They reiterated their unwavering support to the rights of the peoples of Vietnam and Cambodia to determine their own future without outside interference.

The two leaders further reaffirmed their solidarity with the liberation movements against imperialism, colonialism and apartheid throughout the world. In this context, they welcomed the development in Portugal and the decision of the Portuguese Government to grant independence to their African possessions. They hoped that this would result in the fulfilment of the long-suppressed aspirations for liberty, independence and progress of the peoples of Portugal’s African possessions.

They expressed their deep satisfaction at the fact that the first visit of the King had resulted in establishing close personal relations between the leaders of the two countries. Both sides agreed that the visit was an important landmark in strengthening the friendly relations and cooperation between Bangladesh and Bhutan and marked the determination of the peoples and governments of the two countries to further expand the close ties.

On 29 December morning, the King of Bhutan went to the National Memorial for the Martyrs at Savar, where he placed floral wreaths and paid respect to the martyrs of our Liberation War.

King Jigme Singye Wangchuck hosted a return banquet in honour of the President of Bangladesh, Muhammadullah, on 29 December. Prime Minister Bangabandhu Sheikh Mujibur Rahman was also present at the banquet. The King of Bhutan paid warm tribute to President Muhammadullah and Bangabandhu. He also hoped that the relations between the two countries and their peoples would be further developed and widened in the years to come. The Bangladesh President said, “I feel highly honoured by the kind words that Your Majesty has spoken about the Father of the Nation Bangabandhu Sheikh Mujibur Rahman, myself and our people. Your visit to our country is of a special significance to us. I am confident that friendship and love between the peoples of our two countries will be further strengthened during Your Majesty’s reign.”

On 30 December morning, King Jigme Singye Wangchuck, along with his delegation went for a river cruise. The President of Bangladesh, Muhammadullah, and Begum Muhammadullah accompanied them.

The King of Bhutan left Dhaka on 30 December afternoon. He was given a guard of honour by a contingent of Bangladesh Armed Forces at the airport. President Muhammadullah and Prime Minister Bangabandhu Sheikh Mujibur Rahman saw him off at the airport. Once King Jigme Singye Wangchuck boarded at the aircraft, he was honoured by 21-gun salute.