Covid vaccine update: When will others be ready? 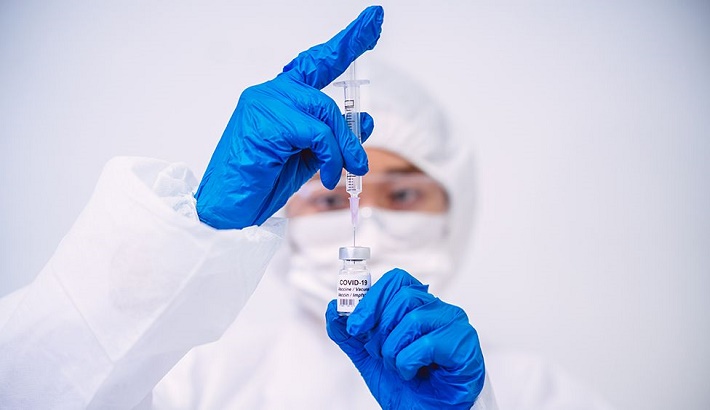 A second Covid vaccine developed by Oxford-AstraZeneca has been approved for us in the UK.

But how does it compare with the other vaccines?

Why do we need a vaccine?

The vast majority of people are still vulnerable to coronavirus. It's only the current restrictions that are preventing more people from dying.

A vaccine would teach our bodies to fight the infection by stopping us from catching coronavirus, or at least making Covid less deadly.

Having a vaccine, alongside better treatments, is "the" exit strategy.

The Oxford vaccine was approved on 30 December following trials that it stops 70% of people developing Covid symptoms.

The UK has ordered 100 million doses

It is given in two doses

Trials with more than 20,000 volunteers are still continuing

This may be one of the easiest vaccines to distribute, because it does not need to be stored at very cold temperatures.

It is made from a weakened version of a common cold virus from chimpanzees, that has been modified to not grow in humans.

The big breakthrough came when Pfizer-BioNTech published its first results in November.

-They showed the vaccine is up to 95% effective

-The UK is due to get 40 million doses

-It is given in two doses, three weeks apart

-About 43,000 people have had the vaccine, with no safety concerns

The vaccine must be stored at a temperature of around -70C. It will be transported in a special box, packed in dry ice and installed with GPS trackers.

On 2 December, the UK became the first country in the world to approve the Pfizer/BioNTech coronavirus vaccine for widespread use.

Six days later 90-year-old Margaret Keenan became the first patient to receive the vaccine at University Hospital in Coventry. Since then, more than 600,000 people in the UK have been vaccinated.

The vaccine is a new type called an RNA, and uses a tiny fragment of the virus's genetic code. This starts making part of the virus inside the body, which the immune system recognises as foreign and starts to attack.

An RNA vaccine has never been approved for use in humans before, although people have received them in clinical trials for other diseases.

Moderna uses the same approach as the Pfizer vaccine.

It protects 94.5% of people, the company says

The UK will have five million doses by the spring

It is given in two doses, four weeks apart

30,000 have been involved in the trials, with half getting the vaccine and half dummy injections

It is easier to store than Pfizer's, because it stays stable at -20C for up to six months.

What other vaccines are being developed?

Other trial results are also expected in the coming weeks.

Data on the Russian Sputnik V vaccine, which works like the Oxford one, suggests it is 92% efficient

Janssen's trial is recruiting 6,000 people across the UK, in a total of 30,000 volunteers worldwide, to see if two jabs give stronger and longer-lasting immunity than one

Wuhan Institute of Biological Products and Sinopharm in China, and Russia's Gamaleya Research Institute are all in final testing

However, a trial in Brazil for a drug developed by the Chinese firm Sinovac was suspended after a "severe adverse incident" - believed to be a volunteer's death.

Understanding which method produces the best results will be vital. Challenge trials, where people are deliberately infected, could help.

Who will get the vaccine first?

This depends on where Covid is spreading when the vaccine becomes available and in which groups each is most effective.

What still needs to be done?

Trials must show vaccines are safe

Huge-scale development must happen for the billions of potential doses

Regulators must approve the vaccine before it can be given

It is thought that 60-70% of the global population must be immune to stop the virus spreading easily (herd immunity) - billions of people, even if the vaccine works perfectly.

Would a vaccine protect everyone?

History suggests any vaccine could be less successful in old people because an aged immune system does not respond as well, as happens with the annual flu jab. But data so far suggests this may not be a problem with some of Covid vaccines

Multiple doses may overcome any problems, as could giving it alongside a chemical (called an adjuvant) that boosts the immune system.