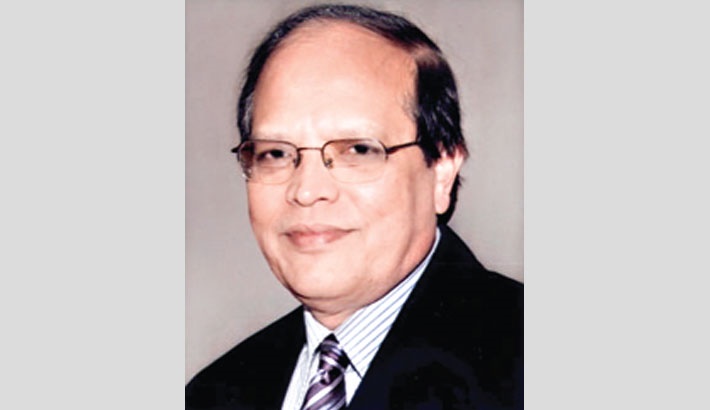 “I have never believed in the politics of conspiracy. All my life I have taken part in politics openly. I’ve always said whatever I believed was the right thing to say. I’ve delivered speeches everywhere and have never done anything furtively. I am not aware of doing anything clandestine. I’ve spoken the truth plainly and have been taken to prison for doing so. I’ve never concealed what was in my mind because I was afraid of anyone. I’ve always tried to pursue the path that will be good for the country and will lead to securing the economic and political rights of our people.” (Sheikh Mujibur Rahman, The Prison Diaries, Bangla Academy, p. 276-277).

These are the words that came from his heart immediately after being confined in an isolated room in Kurmitola in Dhaka Cantonment in a very unusual case violating all existing legal norms, popularly known as the Agartala Conspiracy Case.

Surely, this was done in the backdrop of the Six-Points Programme declared by Sheikh Mujib which was nothing but a constitutional quest for autonomy. But he knew that this would annoy the ruling clique of Pakistan and they would do everything possible to suppress it. In his own words, “I knew that it would affect the interest of the rulers and ruling class and they would strike me and my party workers down and torture and persecute us. I knew that they would do their worst to hurt us but did not back away from presenting our demands.” (ibid p.277)

He was apparently released on 17 January 1968 from Dhaka Central Jail, only to be arrested immediately at the jail gate by the military personnel under a sedition case. With the allegation of ‘conspiring for the separation of East Pakistan from Pakistan with Indian Help’,

Sheikh Mujib was made the number one accused of the case which was officially named ‘State versus Sheikh Mujibur Rahman and Others’. Dozens of people were accused in this trial, the majority of whom were Bengali civil and military officers. In celebration of the 50th anniversary of the mass-upsurge in 2019, Tofail Ahmed, the then charismatic student leader who led the 1969 people’s upsurge along with other co-leaders, said, “This was the time when Bangabandhu Sheikh Mujibur Rahman was imprisoned in Pakistan’s jail. He stood at the gallows and counted days to his death. The dictator Ayub Khan decided to hang him. That is why Sheikh Mujib was arrested again from the jail gate as a suspect of the ‘Agartala Conspiracy Case’ and was imprisoned in cantonment just after his release on 17th January 1968. The actual name of this case was ‘State versus Sheikh Mujibur Rahman’. The intention was to take away the voice of Bengalis.” (BBC Bangla, 24 January 2019) (translation by the author).

We have seen how Sheikh Mujib was repeatedly kept behind the bar so that Bengalis could be deprived of his strategic direction. The ‘Agartala Conspiracy Case’ was similarly a blueprint by the West Pakistani rulers to derail the people’s movement for the Six-Points Programme. In this connection, Sheikh Mujib recalled, “After being imprisoned for two long years under the Security Act, one day I heard that government had decided to release me. I could not believe it. Riding on my disbelief, after reaching the prison gate I found that my doubt was not baseless. Young army officers were waiting in front of Dhaka Central Jail with a haughty gesture. They came saying ‘Mr. Mujib, you are again under arrest’. I wanted to know under which act. I did not understand what they explained to me. Showing a car, they said, ‘Get in the car’. Mentally, I was getting prepared for the final moment. I asked for a while. I took a handful of dirt from a nearby street of prison, put it on my forehead, and swore to God that ‘I was born in this country and I wish to die in this country.’ (Abul Mal Abdul Muhith, Arefin Siddique and Mohammad Zahid Hossain (editors), Ei Desh Ei Mati: Probandha, Boktrita, Bani O Nirdesh: Sheikh Mujibur Rahman, Bangabandhu Lalitakala Academy, 2008, p.101) (translation by the author). Though not exactly the same, he wrote similar lines in his The Prison Diaries as well (p. 272-273).

The Pakistani government depicted this sedition case as if Sheikh Mujib were an Indian agent and a separatist. If we look behind the events that led to this conspiracy case, it would be much easier for my readers to understand. Lieutenant-Commander of the Pakistan Navy, Muazzam Hossain was a pioneering character behind the case. He planned a revolt opposing the discriminatory treatment against Bengali service providers in the armed forces. Before the war of 1965, he discussed the feasibility of an armed upsurge in East Pakistan and contacted Sheikh Mujib in Karachi in October 1964. He had Mujib’s full sympathy for the oppressed people in service but Mujib did not agree to support such a revolt. For the materialisation of Muazzam Hossain’s plan, Sheikh Mujib was, again and again, requested not to reveal his demands for autonomy at the Lahore Conference as it would have alerted the Ayub government. Abdul Ghaffar Choudhury, a journalist, met Sheikh Mujib with the request of Muazzam, as noted by S.A. Karim. Decrying the proposal, Mujib, the prudent leader said, “I know him. I also know all about his proposal. He has recently been hobnobbing with Manik Chaudhury. I have told Manik not to have anything to do with this madness. I would also advise you not to get involved in it. Our struggle is for the establishment of democracy and the realisation of autonomy for the people of Bangladesh. I have always fought against the Pakistani military junta. It is not my purpose to replace it with a Bengali Military Junta.” (S.A Karim, Sheikh Mujib: Triumph and Tragedy, The University Press Limited, Page-142)

After that, there had been no direct or indirect contact between Mujib and Muazzam as the former was incarcerated in Dhaka Central Jail. But it left a clue of Mujib’s involvement within this conspiracy and the Pakistani government took advantage of this casual meeting. S.A Karim described in his book that Yahya Khan, the new C-In-C of the Pakistani Army, received justifiable grounds to take suitable legal action against the conspirators. The Army chief wanted to punish everyone and could sense a chance to discredit and undo the movements of the Six-Points, which they considered the root of all evil. He planned to arrest all the conspirators and to induce or press them to testify falsely that the plot had the backing of India and that Mujib was personally involved in it. They believed that the popular support for the Six-Points would have disappeared if this could be executed. He planned punishment for Mujib and the actual ringleaders of the plot, organising a tribunal composed of handpicked judges who would silence the clamor for autonomy, perhaps forever. Having conceived this masterplan, Yahya Khan proceeded to implement it. (ibid, Page-142). As Mujib was the hero behind the Six-Point movement, Yahya planned to turn Mujib’s endeavors into a futile attempt of autonomy. Sheikh Mujib got a whiff of this conspiracy as two jail mates who were tortured by police to sign false testimony against him later apologised to him for their helpless actions (see for example, the story of former Naval official Kamaluddin in The Prison Diaries p.270-271). Even Begum Sheikh Fazilatunnesa alerted Sheikh Mujib about this conspiracy (ibid p.271).

The trial of this groundless case was begun on June 19, 1968, authorised by a special tribunal inside the Dhaka cantonment. The statement of the prosecution alleged that the accused were involved in “a conspiracy to deprive Pakistan of a part of its territories by an armed revolt, with weapons, ammunition, and funds provided by India, and to establish their independent government recognised by India” (Karim, S.A, op. cit. p.147). The hearings took place inside a secret chamber within the Dhaka Cantonment. The chair of the tribunal was Justice SA Rahman and the Pakistani government tried its best to manipulate the trial against Sheikh Mujib. On the other hand, the masses of East Pakistan started demanding the end of this fabricated trial and the unconditional release of their leader. The students and political activists were distributing leaflets everywhere. East Pakistan Students League and other student organisations came together and launched their Eleven-Points programme in early January, incorporating the Six Points. Describing the situation of East Pakistan then, Selina Hossain (translation mine) wrote in her book Unasatturer Gana Andolon, “Maulana (Bhasani) demanded that Sheikh Mujib had to be freed unconditionally and the Agartala Conspiracy Case must be withdrawn. In case of a failure, the protesting people of [East] Bengal would burn the Tribunal, which was holding a farcical theatre of trial, into ashes.” (Selina Hossain, Unasatturer Gana Andolan, Bangla Academy, Dhaka, 1985, p 55).

Being unable to quell the mass upsurge, the Pakistani government had to withdraw the Agartala Conspiracy Case on 22 February 1969. The next day Sheikh Mujib was given the long-deserved title ‘Bangabandhu’ in Race Course Maidan by the struggling students and people of East Pakistan, eventual independent Bangladesh.

The writer is former Governor of Bangladesh Bank and Bangabandhu Chair Professor at Dhaka University. He can be reached at [email protected]