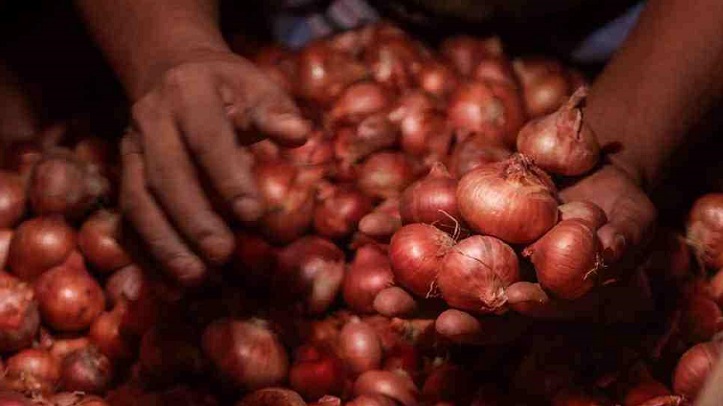 India withdrew its ban on onion export on Monday, nearly three and a half months after imposing it abruptly which sent the commodity's price through the roof in Bangladesh.

The decision was announced through a notification from India’s Ministry of Commerce and Industry.

Businessmen at the Hili port have confirmed the development.

Onion prices jumped sharply in Bangladesh after India banned export of the popular kitchen item on Sept 14 in the pretext of local shortage and price hike.

The abrupt move pushed up onion prices in the Bangladesh market, forcing the country to import the item from various other suppliers to meet the demand.

Mobarak Hossain, an onion importer at Hili, said they received a letter from Indian traders around 10pm on the export ban withdrawal.

“They’re allowing onion export from Jan 1 but since it’s a weekly holiday, the import will begin from Jan 2,” he said, adding that they are preparing to open LCs.

But since no price has been fixed, it is assumed that the onion will have to be imported within US$300.

“The prices will fall to Tk20-25 per kg in the retail market once the imported onion hits the market,” Mobarak said.

“We had opened LCs for 10,000 metric tonnes before the export ban. We incurred heavy losses as India didn’t allow us to import onion despite repeated requests,” he said.

“Local farmers are cultivating onion in large scale now. We have to make sure that they don’t incur losses,” Rashid said.

The prices shot up to Tk 100-120 a kg after India had banned onion export on September 14 this year for the second consecutive year.

The government took prompt steps to import the kitchen staple to cool down the market and sell it through its trading arm Trading Corporation of Bangladesh (TCB).

The prices have been falling for the past few weeks with the TCB offering the item at Tk 23 per kg through e-commerce companies.

On Sept 16, Commerce Minister Tipu Munshi told the media that the country has a stock of 600,000 tonnes of onion and asked the people not to panic.