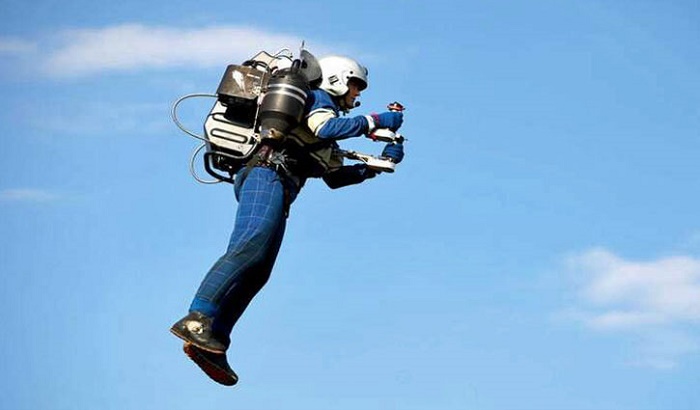 For months, pilots have reported seeing a person flying high above southern California; this week, someone finally captured the UFM (unidentified flying man) on video.

A member of the Sling Pilot Academy was able to capture what appears to be a man flying upright at about 3,000 feet above the Los Angeles area. Sling Pilot Academy, which captured the view on Monday and shared the video to their Instagram page on Wednesday,  was shot near Palos Verdes which is about 10 miles south of LAX airport.

Pilots reported a similar incident on October 14.  At that time, a China Airlines crew reported seeing a person flying around at about 6,000 feet roughly 7 miles northwest of the airport in the middle of the day.

A similar event unfolded on August 30:  an air traffic controller completed a mandatory occurrence report that shows a pilot said a person was flying near his commercial aircraft.

In the August incident, the cockpit crew of American Airlines flight 1997 reported “passing a ‘guy in a jetpack’ off his left side, about 300 yards.” This incident happened about 10 miles away from the 25L runway at Los Angeles LAX International Airport in restricted airspace. The report added that the pilot didn’t need to take evasive maneuvers to avoid him and there were no injuries. Flight 1997 went onto land without incident.

A second pilot that afternoon reported seeing a person flying about 3,000 feet above the ground at about 10 miles from the airport.

After the October incident, the FAA  said it alerted local law enforcement agencies and are investigating the report.

“The FBI is in contact with the FAA and is investigating multiple reports of what, according to witnesses, appeared to be an individual in a jetpack near LAX, including one today reported by a China Airlines crew,” FBI Los Angeles Field Office spokeswoman Laura Eimiller said in October.

Sling Pilot Academy wrote in their Instagram post that they too notified the FAA. “The video appears to show a jet pack, but it could also be a drone or some other object. If it is a ‘guy in a jet pack’ then it remains to be seen whether it is a legal test flight (jet packs are real – there is a manufacturer near Los Angeles) or related to the jet pack sightings near LAX recently that caused disruptions to air traffic.”

There are theories that it is a person flying a jetpack or a drone carrying a mannikin. Until the FBI or FAA can clarify what or who is flying in Los Angeles airspace, the questions will remain.  It is clear that a person or an object in the shape in a person is indeed flying; it is extremely unlikely that this is a weather phenomena creating an optical illusion. The video shared this week has helped proved a UFM is definitely there, but what/who it is and how it got there remains to be seen.

If anyone had additional information that would be helpful to the investigators, they are encouraged to contact the Los Angeles Police Department or their local FBI office.