Bangladesh would have achieved 'developed' status 40yrs ago had Bangabandhu been alive: Amu 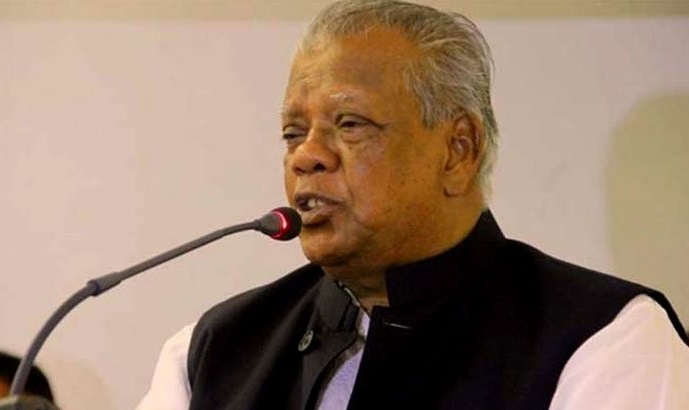 “In 1972, Bangabandhu established the country’s first satellite earth station at Betbunia in Kawkhali upazila under Rangamati. It took 40 years for the satellite to be launched. The country’s development was halted after assassination of Bangabandhu in 1975. The country got liberated 49 years ago, but anti-liberation force was in state power for 34 years,” he said.

Amu was addressing a dialogue titled “49 years into independence: Bangladesh is ahead of Pakistan in terms of economy, culture and communal harmony.” The programme was organised by Bangladesh Social Activist Forum (BSAF) at Jatiya Press Club on Saturday.

Had Bangabandhu been alive, Bangladesh would have seen its name in the list of the most developed countries in the world 40 years ago, he opined.

Spokesman for the Awami League-led 14-party Grand Alliance, Amu called upon the countrymen to be united to thwart conspiracies being hatched by anti-liberation forces for uninterrupted development of the country.

Many secular states in the world are seen to be deviating from the spirit, but Bangladesh is an exception, he said.

About recent damage to Bangabandhu sculpture in Kushtia and protest against the government’s plan to construct a sculpture in Dhaka, he said such acts purported to deny the contribution of Father of the Nation Bangabandhu Sheikh Mujibur Rahman to the country and its people.