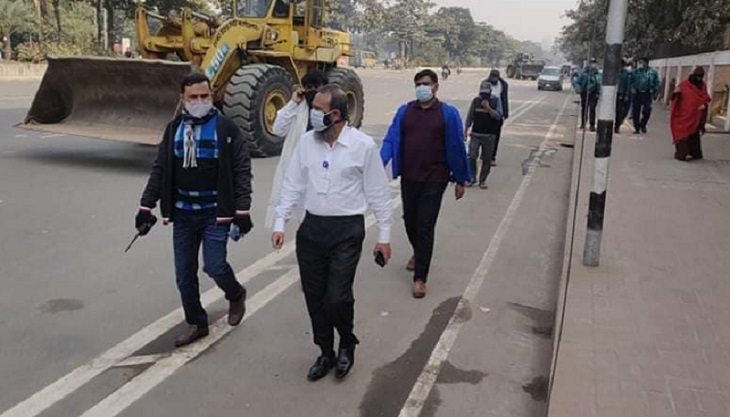 Two cars were fined Tk2,500 for illegal parking on one of the capital’s second dedicated bicycle lanes.

Also, around 100 makeshift shops were removed and five people were fined Tk600 for not wearing a surgical mask.

Bangladeshi bicyclists have been calling for separate lanes for them for a long time. And the country’s first such lane was inaugurated in Agargaon in October 2019.