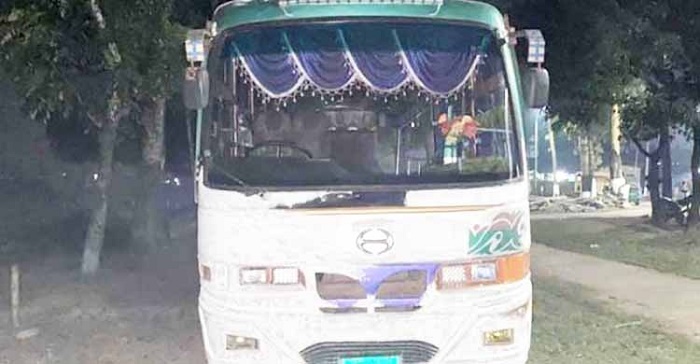 A female student of a college was injured after jumping off a moving bus to escape an attempted rape at Sujanagar in Dirai upazila of Sunamganj on Saturday.

Confirming the news, Mizanur Rahman, superintendent of Sunamganj Police, said the victim, a student of a Degree College and resident of Majlishpur, boarded on a Dirai-bound bus from Sylhet on Saturday night.

When the bus reached Sujanagar village around 9:00pm, the victim found that she was the only passenger.

At one stage, when the driver and helper of the bus tried to rape her she jumped off the bus and got injured.

Later, she was taken to Sylhet Osmani Medical College Hospital.

The victim's father filed a case against the driver and helper of the bus at the night at Dirai Police Station.

Besides, the relatives of the victim demonstrated in front of the police station.

Meanwhile, Sunamganj Women Torture and Social Committee formed a human chain in front of Altaf Square around 11am on Sunday demanding arrest of the bus driver, its helper and contractor in this connection.