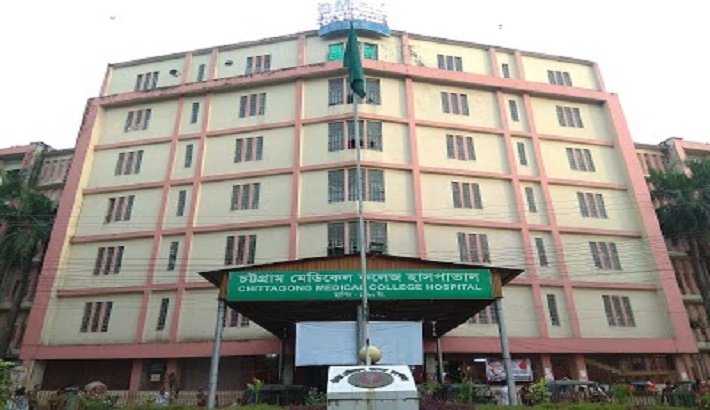 Patients undergo a lot of sufferings at the Gynaecology and Obstetrics department of Chattogram Medical College Hospital (CMCH) for various reasons, including nuisance of brokers and unhygienic environment.

It is one of the important departments of the hospital while most of the lower class and lower-middle class people depend on it for treatment for diseases related to gynaecology as well as child delivery.

Sources said the department started its journey in 1960 with a labour room and it started caesarean section in 1996. But, it has not yet been established as a full-fledged gynaecology department due to various limitations.

Patients mainly have to encounter dirty environment, including unhygienic washrooms, and nuisance of brokers at the department.

Brokers in connivance with a section of employees lure patients away to private clinics and hospitals while they sometimes force patients and their attendants to buy medicines and carry out medical tests at pharmacies and diagnostic centres of their choice.

Many also alleged that they receive misbehaviour from nurses and other staff members.

However, authorities concerned said they are trying to make the department as a patient-friendly one freeing it from the clutches of brokers.

Currently, the department consists of four units and four wards and it has around 350 beds and 24 cabins, including two VIP ones, on the fifth floor of the hospital building.

Around 120 doctors, including 50 interns, 70 nurses, eight government staff and 15 outsourcing staff are working at the department which gets 70-80 patients admitted every day while the number was 120-130 before the coronavirus pandemic.

Sources said the department has two operation theatres with four tables, including two for caesarean section, and one labour room with six tables.

Around 20-30 children are born through normal delivery while 20-30 others through surgery per day at the department.

However, a good number of people, especially those with little or no education, do not know about the matter properly and they fall prey to brokers.

The department is the last resort of the poor, lower-class and critical patients who have no ability to go to private hospitals, said its head Prof Dr Shahanara Chowdhury. “We’re providing treatment to 80-100 patients every day although there’s a shortage of manpower, especially nurses and auxiliary staff, beds and equipment,” she said.

She underscored the need for setting up subspecialty units and train more staff to ensure better services for a huge number of people coming from different areas.

Razia Khatun, a patient from Banshkhali upazila in the district, said she gave birth to a baby girl through caesarean section which cost her nothing but she had to buy medicines from outside. “Doctors treated me well while the behaviour of nurses was not satisfactory,” she said.

Razia also complained that she had to undergo sufferings due to dirty bathrooms at the ward after her delivery.

Abdur Rahim, a resident of Shikolbaha area, said he admitted his wife to the ward for the delivery of their first child. “The ward is always overcrowded while the nurses don’t respond timely to patients’ need and brokers are out to take away patients from the hospital and influence them to buy medicines from outside,” he said.

Contacted, CMCH Director Brig Gen SM Humayun Kabir said they provided maximum facilities for patients at the Gynaecology department with operation and medicines costing nothing. “Patients get maximum medicines and tests done at the hospital while they have to collect a few medicines from outside if those are not available at the hospital,” he said.

He, however, confessed to the nuisance of brokers at the hospitals while some nurses and other staff members assist them.

“We’ve launched a pilot project to drive away the brokers from the hospital,” the hospital director said, adding that they also set up medicine stores at some wards, including gynaecology one, for the convenience of patients.

He also said they have sent a proposal to the authorities concerned to upgrade the hospital to a 2,000-bed one.