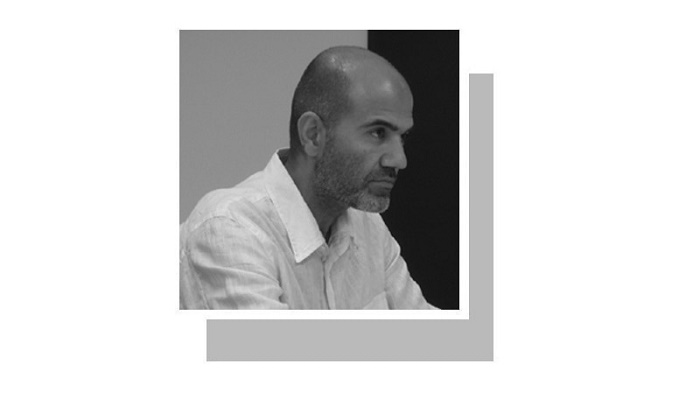 THE dust had barely settled on the hugely triggering sight of South Waziristan MNA Ali Wazir in chains when news arrived from Canada that Karima Mehrab, a prominent figure of contemporary Baloch nationalism, had been found dead after having mysteriously disappeared.

In May, Ali Wazir’s cousin Arif was shot dead in his home district by ‘unknown assailants’, while another Baloch exile, Sajid Hussain, had been discovered dead in Sweden, after having vanished without trace. These are hardly novel events, even if foul play in the Baloch cases has not been established by police.

In recent years, Baloch, Pakhtun, Sindhi and even Punjabi dissidents have been seen as the target of state repression, or have fallen by the wayside in suspicious circumstances that have deepened feelings of mistrust between the state and long-suffering ethnic peripheries.

Balochistan has experienced at least five insurgencies, the first after Kalat’s ‘accession’ in 1948. Sindhi nationalists have long called attention to issues of demography and control over Karachi in particular. Pakhtun nationalists like Bacha Khan who used non-violence were, even before Partition, declared traitorous.

The state should reach out to, not criminalise, the youth.

The secession of East Pakistan is still the only example of a modern state in which a majority seceded from a minority. From the mid-1980s, even Urdu-speaking ‘Mohajirs’ have been politicised and, in the shape of the MQM, demanded that they be recognised as a separate nationality with claims to rights and resources.

The MQM was patronised by Gen Pervez Musharraf’s military regime. It has since fallen almost completely out of favour with the establishment, but the Musharraf years deepened polarisations between many ethnic peripheries and the centre. It was then that the practice of enforced disappearances became common, unaccountable military operations were conducted, and intensified geopolitical wrangling involving China, Russia, Iran, India, Afghanistan and the US deepened a siege mentality under the guise of the ‘war on terror’.

Notwithstanding the restoration of formal democracy in 2008, the state apparatus has continued to wield the big stick in ethnic peripheries, and in metropolitan centres too. The circle of dissent is, in fact, widening. To which the state is responding by pushing society and the polity towards further polarisation.

What explains this widening circle of dissent? First, the ethnic peripheries have spilled over into the centre, and, indeed, into the diaspora. Pakhtun workers, students and small businesspeople have migrated in the millions to urban centres across Pakistan; the Baloch diaspora is littered across the world; Sindhis and Seraikis have migrated in unprecedented numbers to Karachi since the floods of 2010; and other regions like GB have experienced similar out-migration.

Second, historically dominant Punjabi- and Urdu-speaking masses from the developed, central regions are increasingly stratified and politicised. The pandemic will exacerbate tensions within otherwise pro-establishment segments of Pakistan’s population. To sustain establishment hegemony in central regions is harder than ever; it is not by chance that Punjabi dissidents that have made common cause with the ethnic peripheries have been subjected to increasing coercion, the disappearance of bloggers in 2017 the start of a clear trend.

Third, mega projects designed and funded by big players both domestic and foreign are establishing a clearer line than ever between winners and losers of ‘development’. Within Pakistan, there are Bahria Town, big sugar and wheat lobbies, as well as establishment-run logistics, communications and construction companies. In terms of interventions by foreign power, CPEC stands out, but the economic, political and cultural footprint of the Gulf states and the Pakistani state’s major patron of choice, the US, will also continue to engender conflicts over resources and power. The fencing of Gwadar is an example of the ghettoisation of winners and losers that is happening more broadly across the social formation.

On the one hand, then, there is an increasingly no-holds-barred race for resources and power, with the establishment in the role of arbiter. On the other hand, brutalisation of peripheries provides a fillip to narratives of ethnic nationalism that have historical bases. The state ought to be reaching out to a young generation of politicised nationalists rather than criminalising them. The resort to ideological warfare by branding any and all demands for inclusion and dignity as ‘anti-state’ is particularly galling. Whether the individual decried as fanning separatism is an elected MNA, a Baloch who came of age under enforced disappearances, or even ordinary youth expressing their opinions on social media, history confirms the futility of a nation-building project founded on exclusion and coercion.

The writer is Aasim Sajjad Akhtar, who is teaching at Quaid-i-Azam University, Islamabad.