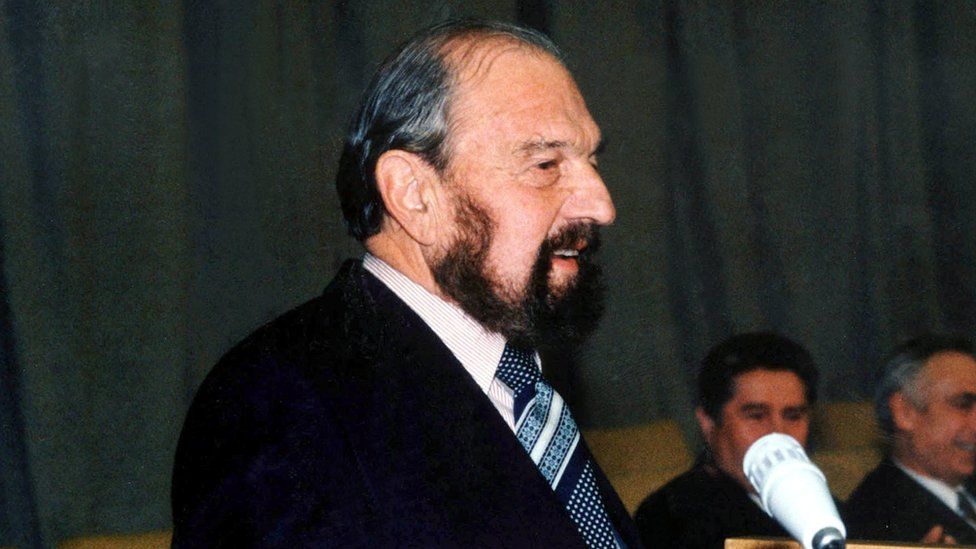 George Blake, the former MI6 officer and one of the Cold War's most infamous double agents, has died aged 98, Russian media has reported.

Over nine years, the Soviet spy handed over information that led to the betrayal of at least 40 MI6 agents in Eastern Europe.

The Russian Foreign Intelligence Service said Blake "had a genuine love for our country".

Obituary: George Blake
Blake was born George Behar on 11 November 1922 in the Dutch city of Rotterdam.

His father was a Spanish Jew who had fought with the British army during World War One and acquired British citizenship.

Blake himself worked for the Dutch resistance during World War Two, before fleeing to British-controlled Gibraltar. He was later, due to his background, asked to join the intelligence service.

In an interview with the BBC in 1990, Blake said he estimated that he betrayed more than 500 Western agents but he denied suggestions that 42 of them had lost their lives as a result of his actions.

His downfall came when a Polish secret service officer, Michael Goleniewski, defected to the West, bringing his mistress and details of a Soviet mole in British intelligence.

Blake was recalled to London and arrested. At a subsequent trial he pleaded guilty to five counts of passing information to the Soviet Union.