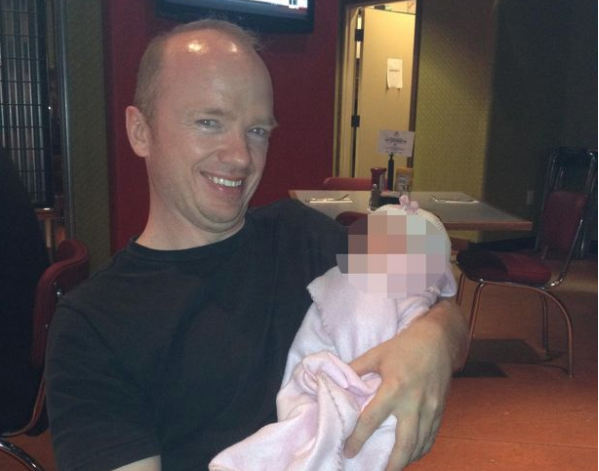 Joe Donor, who is currently on a UK 'baby-making' tour, says he has the same biological drive to procreate as others, except his desire is more than most people.

The dad offers to have sex with women seeking a child and has performed 'natural inseminations' in 10 different countries.

The American controversially claims this method is far more effective than 'artificial insemination', which he also offers as a 'service'.

In an interview with The Mirror, the online entrepreneur boasted of his pride about his huge brood, which he says makes him feel 'successful'.

He flew from Argentina to the UK in September and has been having sex across the country for the past three months, impregnating at least three women.

Joe told The Mirror: “It's an adventure. It's fun to go somewhere else and to have a very important mission you are doing.

“I'm not the first one to do it, the Vikings did it. I feel very successful to have more than 150 children.

“I think it's a normal biological urge (to have children). I want something all men want, I just want it more than most people.”

Joe is one of many self-styled 'private donors' who advertise their services on Facebook to women seeking a child.
He says women are desperate for his 'help' because they 'cannot be the equal of their peers unless they have children'.

The businessman, who is staying in London, is in contact with around 60 of his children, with many of them referring to him as 'dad'.

However, his role in their lives is limited as he claims the mothers only wanted him for his 'baby batter'.

Joe, who is in his late 40s, says the majority of the women he has had children with are lesbians – and controversially claims some of them have even turned straight after having sex with him.

He told The Mirror: “I have had sex with more lesbians than any lesbians have.

“Over 100 of the children have been with lesbians. I've had women who have stopped being gay. It's happened after they have had sex with me.”

He says NI is like 'first date sex', involving kissing and other intimate acts, whereas PI is less personal, with some women even keeping their clothes on.

Joe also offers AI by mixing his sperm with an liquid diluent 'extender' and then posting it to women overnight.

He said his past experience with animal breeding helped him with offering this 'service'.

The donor controversially claims women have a better chance of conceiving with NI and PI than AI.

He insists he is not motivated by a desire for sex, arguing that he does not have intercourse with women he 'helps' unless they are ovulating.

This means he only has intercourse with each woman around once or twice a month, he claims.
He denied that his 'adventure' is a money-making enterprise, saying he only receives reimbursement for his expenses.

Joe also dismissed concerns about him spreading STIs and the risk of incest occurring between his donor-conceived children.

The dad says he started donating sperm in 2009 after struggling to have more children with his wife.

He decided to start 'helping' women to get pregnant after having an affair with another woman and having two children with her.

Joe initially offered his 'services' through Yahoo groups for private donors and had his first child through the site in 2009.

He later started promoting himself on Facebook, setting up a page called Joe00donor and co-founding the Best Donors Pregnancy Help group, which now has more than 12,000 members.

Joe says that despite falling out with around one in 10 of the mothers of his children, none of them have asked him for child support.

He claims that if they did he would have to be taken to court before paying, which he thinks the authorities would struggle to achieve as he has concealed his identity.