It is also struggling with internal conflict 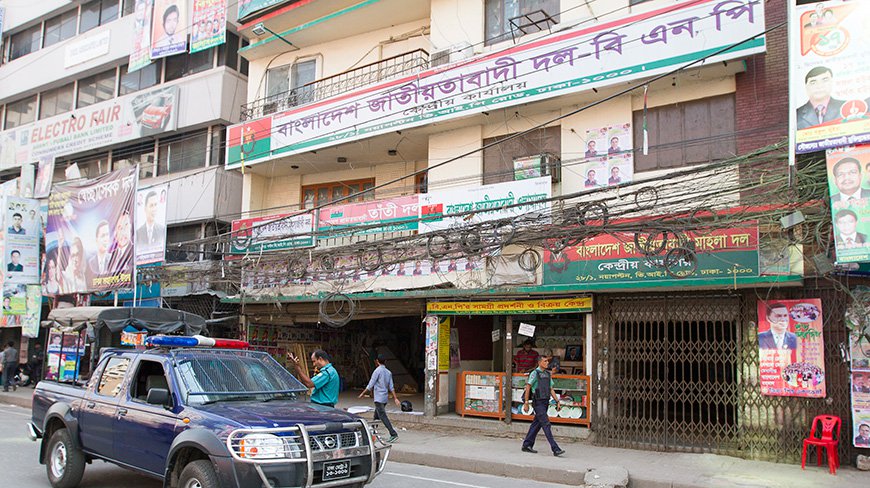 Bangladesh Nationalist Party (BNP), like previous years, failed to achieve success in any front -- be it election or anti-government movement -- in the outgoing year which was plagued by the coronavirus pandemic.

It was also struggling with internal conflict which was exposed through the show-cause notices served lately on two vice-chairmen on charges of breaching the party discipline.

BNP-led two political coalitions -- Jatiya Oikya Front and 20-party alliance -- also remained almost inactive throughout the year as there were no joint political activities amid the coronavirus prevalence.

After getting conditional release from jail, BNP Chairperson Khaleda Zia has been staying at her Gulshan residence ‘Firoza’ while party’s acting Chairman Tarique Rahman, also her elder son, and his family members have been residing in London.

Tarique Rahman has been carrying out all the party activities from abroad while a section of leaders is unhappy with his leadership.

Party’s organisational activities were suspended during the ongoing coronavirus pandemic while whatever they held remained confined to virtual platforms.

After around six months of postponement till September 15 due to the coronavirus pandemic, BNP resumed its organisational activities and reforms process.

It organised maximum of the programmes virtually while a few ones physically. Most of the party leaders were staying in isolation avoiding party programmes.

They allegedly tried to reorganise the party and wage an anti-government movement without the consent of Tarique Rahman and are making an effort to minus him from the leadership, insiders said.

At a press conference at his Banani residence on December 19, Hafizuddin vented his anger at the way he was served show-cause notice by a joint secretary general and alleged a nomination and committee trade inside the party.

In the latest incident, Fakhrul expressed his ignorance when asked about the show-cause notices served on the two party vice-chairmen, advising this correspondent to contact the party office.

A number of senior leaders remained inactive in politics in the outgoing year while many others were ignored. But some leaders identified as ‘reformists’ in the party came to the spotlight.

Talking to the Daily Sun, few leaders admitted that BNP failed to strengthen its organisational footing, reorganise the party and wage any effective movement to realise their demands, including unconditional release of Khaleda Zia from jail and arranging fresh general election, due to internal conflict in the outgoing year.

“The Khaleda-minus formula is now rampant inside the party while Tarique Rahman is working to establish his absolute control on it,” a central BNP leader told the Daily Sun, wishing anonymity.

He said Tarique’s leadership has been challenged as he failed to keep the party united and strengthen it. “He also failed to wage any strong movement.”

BNP-nominated candidates lost by-elections to all the parliamentary seats and by-elections and fresh elections to many local government bodies, including upazila parishads, municipalities and union parishads, in the outgoing year, much to the frustration of the party’s file and rank.

Its contestants were defeated in by-elections to Dhaka-5, Dhaka-18, Dhaka-10, Sirajganj-1 and Naogaon-6 constituencies. On the other hand, the party boycotted by-polls to Bogura-1 and Jashore-6 constituencies after its demand to postpone the polls due to the coronavirus pandemic went unheeded.

“Though some of our party senior leaders opposed participation in elections or by-elections (under the current Election Commission and government), I suggested that the party joined those to keep its activists invigorated,” BNP Standing Committee member Jamiruddin Sircar told the Daily Sun.

Talking to the Daily Sun, BNP Standing Committee member Khandaker Mosharraf Hossain said the party passed the year of 2020 amid ‘repression by the autocratic government’ and coronavirus pandemic when its leaders and activists were implicated in false cases and subjected to attacks.

He, however, expressed the hope that they will be able to overthrow the government and ‘restore’ democracy in the upcoming year when the coronavirus pandemic will be over.

Replying to a query, Mosharraf claimed that the country’s people are aggrieved with the incumbent government and they will forge a mass uprising to ensure its fall once the situation becomes normal. “BNP will take the initiative and lead it to forge a greater unity as well as the upcoming movement to ensure the fall of the autocratic government,” he added.

On September 3, the Law Ministry extended Khaleda’s conditional release for another six months, suspending her jail term in two corruption cases on a request from her family. On March 25 last, she was released from jail for six months upon an execute order considering her age and on humanitarian grounds.

Since then, she has been living at her residence keeping herself aloof from political activities as per the condition of her release.