Keep Informal Sector on the Agenda for Inclusive Growth 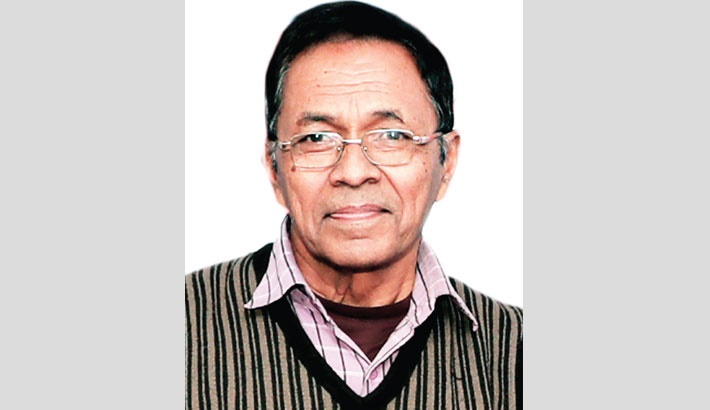 Every morning, around 150-200 day labourers wait for work on a footpath in the capital’s Malibagh rail gate intersection. Each of them carries a shovel and a basket. They gather on the footpath in the hope of getting to be hired on contractual basis. Similar scene of worried day labourers can be seen in different places in the capital city. They are uncertain of getting any job. In fact, they have little or nothing to protect them if they are unable to go to work. They live from hand to mouth and struggle every day merely to survive. It is also difficult for them to take leave from work.

Day labourers are one of the major contributors to the country’s informal economy. Along with them are domestic workers, tea garden and tea stall workers, rickshaw pullers, electricians, sanitary workers, hawkers, footpath vendors and many others, who face the same fate. The capital city has virtually become the breeding ground of informal sector activities. Its streets buzz with the cacophony of rickshaw pullers, head-loaders, cart pullers, construction workers or occupied by roadside barbers, cobblers, garbage collectors, vendors of vegetables, fruit, meat and fish as well as others. Their income range may vary from Tk 100 to 500 per day. Even within this range, there exists sharp gender discrimination when it comes to payment of wage. If a male worker is paid around Tk 500 per day, a female worker is paid around Tk 150 for the same work. Moreover, middlemen who mediate between workers and contractors cut a large portion of female workers’ daily income. Moreover, child labour is still high in the sector. Child labour exists in 60 per cent of city hotels and restaurants which is followed by 54 per cent of the automobile garages. These workers are contributing significantly towards informal economy of the country accelerating its economic growth.

Informal sector includes activists and workers that are less visible and even invisible. Less visible informal workers work in small workshops. The sector also includes the casual workers in restaurants and hotels; sub-contracted janitors and security guards; casual or day labourers in construction; piece rate workers in sweatshops; and temporary office helpers or off-site data processors. The least visible informal workers, majority of them women, sell or produce goods from their homes: embroiderers; incense–stick rollers; paper bag makers; hair band makers; food processors, shoe makers etc. Some of these home-based workers work on their own account, while others work on a piece-rate basis for a contractor or a firm.

According to sources at the Bangladesh Institute of Labour Studies (BILS), nearly 52 million of the 61 million employed people are employed in informal economy. The rapid expansion of the country's informal sector is an outcome of the inability of the formal sector to generate adequate employment opportunities. But, those toiling in the informal economy – often without rights at work and social as well as health protections – suffer the most. A joint study conducted by the BILS and the ActionAid Bangladesh has revealed that some 88 per cent workers of the sector do not get appointment letters and 82 per cent do not have ID cards. These workers are not protected by any minimum wage law. Employing 86.2 per cent of the workforce, the informal sector neither complies with labour laws nor promotes decent work environment, according to the study. Non-compliance of labour laws in the informal sector is the main barrier towards protecting decent work that includes such issues as employment contracts, working time, rest and leave, welfare, social protection, freedom of association and collective bargaining and addresses workplace discrimination and harassment. Workers face vulnerabilities at workplaces due to lack of legal coverage. The practice of job expulsions without prior notice is prevalent in the sector.

So, from an inclusive growth perspective, there is an urgent need to address the particular challenges faced by informality. A proper inclusive growth strategy needs to get the poor to actively participate through employment, in growing economic processes, producing output and earning a decent income. As to why, there is an urgent need to place the informal economy at the centre of the policy debate. This requires a comprehensive understanding of various drivers of informality. The policy discourse on informality needs to focus on reducing the decent work deficit in informal employment. Bangladesh, being a predominantly informal economy, should be the focus of the policy makers to increase the productivity of the informal sector. It should look seriously towards the informal economy to boost growth. It is of utmost importance to keep the informal sector on the agenda for inclusive growth.

The government must act now to protect the interests of the informal workers. Action is necessary  to  meet  the  moral  imperative  to  leave  no  one  behind  as  well as to avoid the potential economic and social costs of exclusion.

Workers in this particular sector deserve special attention from the state authorities. They should be provided with benefits such as access to legal and social protection as well as support services. More  recently,  skills  development  in  the  informal economy  has  increasingly been  considered  as a  strategic  element  in  increasing  the  employability  of  workers  and  the productivity  of  enterprises,  alleviating  poverty  and  using  new  skills  to  help  workers move into decent formal work. It is the duty and responsibility of the administration make arrangements for providing skill development training to these workers. They should be well-protected by ensuring a set of basic working conditions such as adequate living wages, limits on hours of work and safe and healthy workplaces and increasing their collective representative voice.

The government should take advantage of the hidden potential within the informal sector which is a pre-requisite for changing the living conditions of the country’s population. Change is very much possible through promotion of social inclusion.