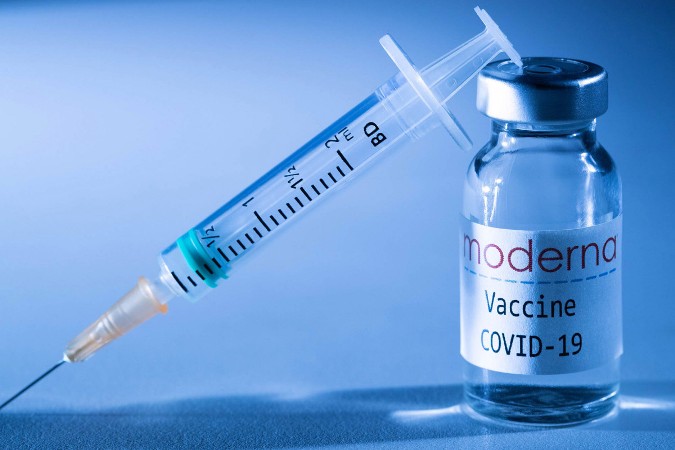 A Boston physician said he developed a severe allergic reaction minutes after receiving Moderna’s coronavirus vaccine Thursday, in the first week of the nationwide rollout for the company’s shots.

The case was the first of its kind reported to be linked to Moderna’s vaccine. Federal agencies are investigating at least six cases involving people who suffered anaphylaxis after receiving the Pfizer-BioNTech vaccine, which contains similar ingredients, during the first few weeks of its distribution in the United States.

Officials with the Food and Drug Administration and the Centers for Disease Control and Prevention had discussed the reactions involving some of the Pfizer cases, but have not determined whether an ingredient in the vaccine caused the allergic responses. A few health care workers in Britain had also experienced anaphylaxis after receiving the Pfizer vaccine earlier this month.

The incident Thursday involved Dr. Hossein Sadrzadeh, a geriatric oncologist at Boston Medical Center, who has a severe shellfish allergy and had an appointment to get the Moderna shot in the afternoon. In an interview, Sadrzadeh said he experienced a severe reaction almost immediately after he was inoculated, feeling dizzy and with his heart racing.

In a statement, David Kibbe, a spokesperson for Boston Medical Center, confirmed that Sadrzadeh had received Moderna’s vaccine Thursday. The statement said that Sadrzadeh “felt he was developing an allergic reaction and was allowed to self-administer his personal EpiPen. He was taken to the Emergency Department, evaluated, treated, observed and discharged. He is doing well today.”

Ray Jordan, a spokesperson for Moderna, said Thursday evening that the company could not comment publicly on an individual case. On Friday, Jordan added that the company’s medical safety team would look into the matter, and he referred further questions to officials at Operation Warp Speed, the federal program overseeing vaccine distribution.

The FDA would not comment on the new report Friday.

With more than 1.1 million injections already delivered to arms across the country, severe allergic reactions remain a rarity, and should not prompt concern in most people, said Dr. Merin Kuruvilla, an allergist and immunologist at Emory University. “This should not deter people who are not obviously at increased risk,” she said.

After the initial cases accompanying the Pfizer shots, the CDC issued advice that the Pfizer and Moderna vaccines might not be appropriate for people with a history of anaphylaxis to ingredients in either injection. Anaphylaxis, which typically happens within minutes after exposure to a triggering substance, can impair breathing and cause precipitous drops in blood pressure, potentially becoming life-threatening.

The agency recommended that people with other allergies should still get their shots and wait the standard 15 minutes post-injection before leaving the vaccination site. Anyone who previously had an anaphylactic reaction to a substance, including another vaccine or injectable drug, should be monitored for an extra 15 minutes.

In the case Thursday, Sadrzadeh said he brought his EpiPen to his vaccine appointment because of his serious allergies. He said that within minutes of the vaccine injection at 3:30 p.m., his heart rate had spiked to 150 beats per minute, about twice its normal cadence; his tongue prickled and went numb. Before long, he was drenched in a cold sweat and found himself feeling dizzy and faint. His blood pressure also plummeted, he said.

His immune system, he realised, was in revolt.

“It was the same anaphylactic reaction that I experience with shellfish,” Sadrzadeh said.

Sadrzadeh used his EpiPen and was taken on a stretcher to the emergency room, where he was given several medications, including steroids and Benadryl, to calm the immune reactions that had overtaken his body. A record of his visit stated that he had been “seen in the ER for shortness of breath, dizziness, palpitations and numbness after receiving the COVID-19 vaccine.”

Four hours later, Sadrzadeh was released from care. As of Friday morning, he said he felt fully recovered. But the previous day’s events shook him.

“I don’t want anybody to go through that,” he said.

Sadrzadeh reported his reaction to both Moderna and a national vaccine safety surveillance system run by the FDA and the CDC.

The vaccines developed by Pfizer-BioNTech and Moderna are the only ones that have been authorised for emergency use so far during the coronavirus pandemic, with mostly health care workers receiving top priority for immunisation.

Moderna’s vaccine, like Pfizer’s, is designed around a molecule called messenger RNA, or mRNA, that is injected into the upper arm. Once inside human cells, the mRNA instructs the manufacture of a protein called spike, which then teaches the immune system to recognise and thwart the coronavirus, should it ever invade the body. Each vaccine contains a handful of other ingredients that sheath the fragile mRNA in a protective greasy bubble and help keep the recipe stable in transit.

None of the ingredients in either vaccine have been identified as common allergens. But several experts have cautiously pointed to polyethylene glycol, or PEG, which appears in both recipes, albeit in slightly different formulations, as a possible culprit. PEG is found in a bevy of pharmaceutical products, including ultrasound gel, laxatives and injectable steroids, and allergies to it are extremely rare.

Kuruvilla said it remained possible that something else was responsible, and more investigation was needed to nail down the cause of this smattering of events.

Dr. Kimberly Blumenthal, an allergist and immunologist at Massachusetts General Hospital, noted that anaphylaxis can sometimes be difficult to confirm without blood work that hunts for an enzyme called tryptase, which is released during allergic reactions. It is essential, she added, for there to be protocols in place so similar cases can be investigated further.

According to data filings from its late-stage clinical trials, Moderna did not report any links between its vaccine and anaphylaxis. But when products emerge from closely monitored studies into broad distribution, rare side effects can occur.

The recent allergic reactions linked to Pfizer’s very similar vaccine prompted heated discussions during advisory panel discussions held this month by the FDA and the CDC, with experts noting that anaphylaxis seemed to be occurring at an unusual frequency so soon into distribution. (Under normal circumstances, allergic reactions to vaccines are thought to occur at a rate of about one in 1 million.)