Abdullah Zubayer: Expanding horizons with his ideas as a social media influencer 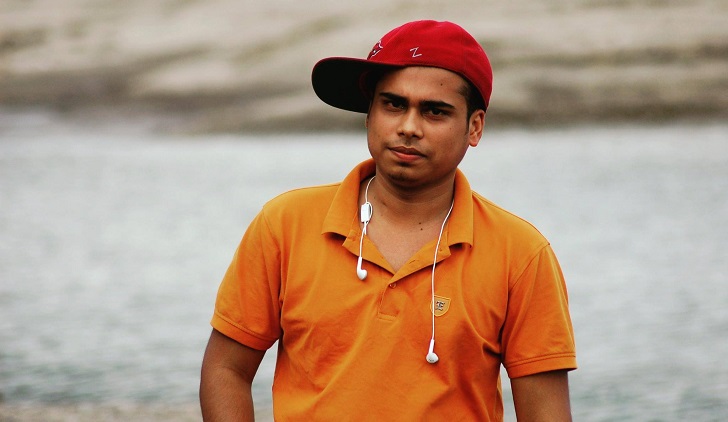 Abdullah Zubayer is a Bangladeshi Social Media Influencer who has made a big name in the social media world. Abdullah is an influencer, entrepreneur, Content Creator and writer to name a few. Aged 25, he was born and brought up in Brahmanbaria. Since childhood, he had keen interest in trying new things. His classmates recall that his thinking style was different than many other individuals in the class. He never hesitated in experimenting. At a very young age he is working with Celebrities and International Players.

Before introducing himself as an influencer and content creator, he started his writing career through writing on several social media platform and blogging sites. He wrote his first book “How To Ensure Safe Internet” in 2019, which was plan to publishing on Ekushey Book Fair. Then he published two books namely “The Fire Of Revenge” and “The Last Envelope Of Love” in this year. All of his books has been published on international platform like Amazon, Online stall and Google Books. All of these was written by him only and that’s why he achieved this much success.

Abdullah holds a bachelor's degree in information technology from Segi University in Malaysia. What puts Abdullah a cut above the rest among his generation is the fact that he never let go off any opportunity that presented itself to him, including experiencing and making a difference in the world of social media. He ventured into social media influencing in the year 2016. Abdullah Zubayer is a social media influencer who manages the social media marketing and digital marketing of many sportsmen, singer and other celebs from Bangladesh. The life of Abdullah has been phenomenal when it comes to social media influencers. He has made many people in shaping up their social media profiles thus helping them grow digitally and making their business grow. This is where Abdullah entered in their lives and made things work for them. Abdullah was the first to do something this creative in Brahmanbaria and nobody before him had even attempted at doing something like that in the district. Till now, Abdullah has worked with a lot of celebrities and big names of Bangladesh and with his social media influencing and PR skills has helped them garner many followers on their social media accounts and increased their fan base organically.

Since his debut on social media, he has worked with a number of big names in the entertainment industry besides taking care of social media accounts of a number of sports personalities, actress and singer. After making a name for himself on all the social media platforms like Instagram,  Facebook, Youtube and Likee. Abdullah became the first person from his small district to work as a social media influencer, thus breaking all conventions. Abdullah began working in the field of social media when this media was not all that craze which it is today. However, Abdullah noticed the growing popularity of this medium and focused on making a career out of it. Today, Abdullah has already proved himself as a skilled and talented social media influencer who went against the tides of society and made his career at a very young age. Abdullah proves to be a shining example and an inspiration, especially to people from small towns who dream big in life. He only follows his heart and urges people to do the same and start very early in life to expand newer horizons and learn each day.

No wonder then that at such a young age, he was able to use social media to the best of his ability and set an example for his generation and his district. In fact, he is the right inspiration for those youngsters who still believe that they cannot start building a career for themselves until their studies are over.