Chinese warship shadows US destroyer during operation in SCS 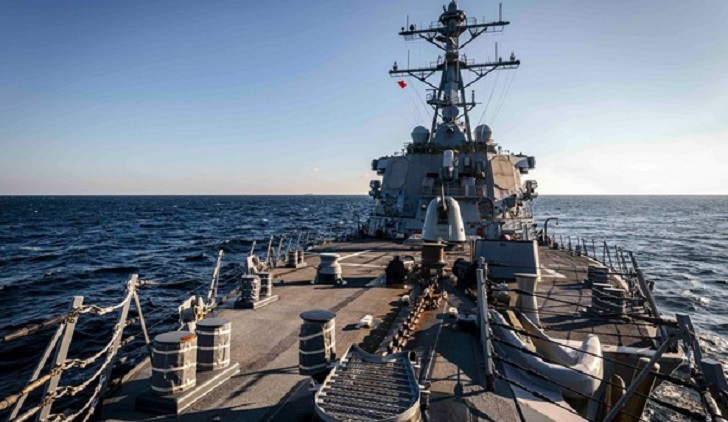 A Chinese warship shadowed the US guided-missile destroyer, John S. McCain, which was transiting the disputed waters of South China Sea as part of a freedom of navigation operation, an official told Fox News.

The destroyer conducted the freedom of navigation in the disputed waters. It sailed by Gaven Reef and Johnson South Reef, which have both been claimed by China and fortified with weapons in recent years.

“This freedom of navigation operation (‘FONOP’) upheld the rights, freedoms, and lawful uses of the sea recognized in international law by challenging restrictions on innocent passage imposed by China, Vietnam, and Taiwan,” the 7th Fleet Public Affairs wrote in a statement. “All interactions with foreign military forces were consistent with international norms and did not impact the operation, ” it added.

It said that the unlawful and sweeping maritime claims in the South China Sea pose a serious threat to the freedom of the seas, including the freedoms of navigation.

As the ship passed near Chinese military installations on Gaven Reef and Johnson South Reef, a Chinese warship shadowed the McCain, a US official told Fox News.

Indo-Pacific region is largely viewed as an area comprising the Indian Ocean and the western and central Pacific Ocean, including the South China Sea.

China’s territorial claims in the South China Sea and its efforts to advance into the Indian Ocean are seen to have challenged the established rules-based system.

China claims much of the South China Sea, but there are also overlapping claims by Brunei, Malaysia, the Philippines, Taiwan, and Vietnam.

China has built bases and other outposts on shoals, reefs and rock outcroppings to deepen its claim over 80 per cent of the 3.6 sq km waterway, with Vietnam, the Philippines, Brunei, Malaysia and Taiwan claim parts of the same area.

A Chinese warship shadowed McCain during the operation, but all interactions were deemed “safe and professional,” an official told Fox News. (ANI)