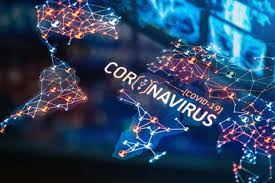 The Latin American country had the world’s second-highest Covid-19 death toll – only behind the US – and the thirdlargest caseload – surpassed only by the US and India.