Young Leaders in the Party 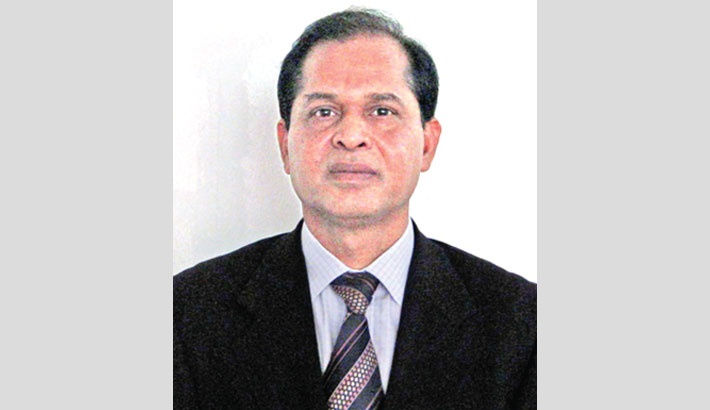 It was the month of August this year, when I had an opportunity to participate in a webinar discussion moderated by former Foreign Secretary Ambassador Farooq Sobhan with Mr. Muhammad Faruk Khan MP as the Chief Guest. The topic of discussion was: Challenges for the young politicians in pursuing effective foreign policy during and after Covid-19. The keynote speaker was Mr. Djordje Todorovic from International Republican Institute (IRI). Perhaps, the discussion was arranged for the young politicians who are involved in Awami League politics, particularly who are connected with the activities of the International Affairs Sub-Committee of Bangladesh Awami League. I have no idea whether such webinar discussions have also been organised by any other political parties of Bangladesh during the ongoing corona pandemic.

The keynote speaker Mr. Todorovic has nicely and of course, very precisely, placed his deliberation on the topic incorporating his thoughts and ideas keeping in mind the Covid-19 world situation. Lastly, he tried his best to share his views and arguments on the comments and questions of the distinguished participants.

As I recall, the participants, who also spoke on the issue, mainly highlighted the successes of the Government in its foreign relations as well as shared their personal understanding including a number of recommendations for the Government. I was listening to them with full attention and sincerity. At the same time, I was eagerly expecting for something that the young politicians would concentrate their discussions on - the challenges they might face in pursuing our foreign policy during and after Covid-19, as well as their recommendations to overcome those. But I failed to be benefited as such, as the discussants only highlighted what the Government was doing and to be done in future in view of the corona pandemic situation.

We know there are challenges, but we do not know how those challenges could be faced by our young politicians through an effective persuasion of our foreign policy. It was rather disappointing that no participant made it clear about their role or involvement in the entire process of Bangladesh’s foreign policy including its implementation mechanism in the situation while our lives are under threat from Covid-19. However, it could be an interesting discussion to produce substantive results, if an organised homework was facilitated by the initiators well ahead of the webinar.

What I understand that at first, the challenges should be identified and only then, the course of actions to overcome the challenges could be thought of and formulated. The participants discussed a number of issues like various effects of Covid-19, Rohingya repatriation, availability of corona vaccine, problems faced by our migrant workers in different countries including the Middle East, economic recovery, etc. In their discussions, a number of challenges were highlighted and how those are to be mitigated by the Government were also suggested. My assumption was that it was not ‘for the Government to pursue’ would be brought for discussion, rather the discussion would be concentrated ‘for the young politicians’ who would pursue an effective foreign policy in the corona pandemic world situation. This side of the mirror was totally ignored or not raised.

The keynote speaker, in his deliberation, has highlighted and explained a number of terms, issues and institutions which are involved in the process and at the same time has tried his best to respond to the questions of the participants. He talked about a political party’s cooperation with the parties of other countries and in that case, he emphasised the importance of ideology-based cooperation. The role of China, India and Russia on Rohingya issue also came in the discussion. The chief guest placed his valuable thoughts and ideas in light of the issues discussed during the entire session. On the other hand, the moderator summed up the whole with his comments and appreciation.

In our everyday life, we have to face challenges in our work either from inside or outside in a normal or abnormal situation. In politics, such a situation is a routine challenge the politicians have to handle. Now, the question is how much our young politicians are involved in pursuing foreign policy of our country in normal time? What are the practices that our senior leaders following for grooming up their young colleagues? Does there exist any opportunity for our young political leaders to participate in the process of framing or pursuing country’s foreign policy at all? Our political parties (might have written lot of ideas or recommendations in their constitutions), as we see, do not maintain such a system that would practically help their young leaders to grow as required and to contribute, not only to foreign policy issue, but also all other major issues of the country. It would be a rare instance if we found someone lucky to have that opportunity in his political up-bringing. In fact, what we see is that the party in the government is doing all of these. If the young political leaders are not encouraged or get the chance to be involved in pursuing various policy-matters, then they would not be able to face or shoulder any challenges erupted from any issue of the country or the government. Any way, it is desirable that they would be taken care of for the interest of the party as well as the country.

We know that a government is formed by a political party, or a coalition of several parties. Though they are forming the government, but at the same time, they belong to a political party. We should not mix up the two identities. Each has separate structure to function independently. Like many western nations or developed countries, our political parties do not maintain any ‘Shadow Ministry’. However, in the same spirit, they have sub-committees for each of the affairs of the government. Those sub-committees often meet as well as organise seminars and briefing sessions for diplomats and media people. But I do not have any idea whether those committees place any recommendations or policy-guidelines to the central organ of the party which might help the government perform better.

Policy matters a lot for any organisation whether it is public or private. In fact, policy is nothing but the guidelines that enable an organisation to function for achieving its goals or fulfilling the interest of the stakeholders. A political party has its own policies to run. On the other hand, a government has its policies formulated by the political leaders in power, sometimes consulting with experts and intellectuals, if necessary. Above all, the leadership plays the vital role in formulation as well as implementation of the policies. However, implementation of those policies is more important than the formulation. Good policies might not produce good results if the implementation part is weaker.

We know that a country fixes its foreign policy to safeguard its national interest. That’s why the formulation and implementation of that policy are based on its internal situation as well as international stands. In fact, foreign policy of a country is nothing but an extension of the internal policy. Nonetheless, a country's internal policy is mostly influenced by the philosophy, objectives and programmes of the leading political party, particularly its leadership. A strong leadership with a strong foreign policy can create a strong place in the international community.

In view of the existing practices in Bangladesh, there is rarely any positive indication that our young political leaders would have the opportunities to be acquainted with the foreign policy matters through their direct involvement. If they remain at the outskirts of the system, then the question of pursuing foreign policy by them does not arise at all. Is there any playground for them to play in Bangladesh’s international relations? I believe the time has come to count the immense contribution of the young in all sectors of our lives, particularly in the social, economic and state-structures. Acknowledging the huge potentials of our young political leaders, political parties of Bangladesh might think of engaging them on proper echelon for greater interest of the country.