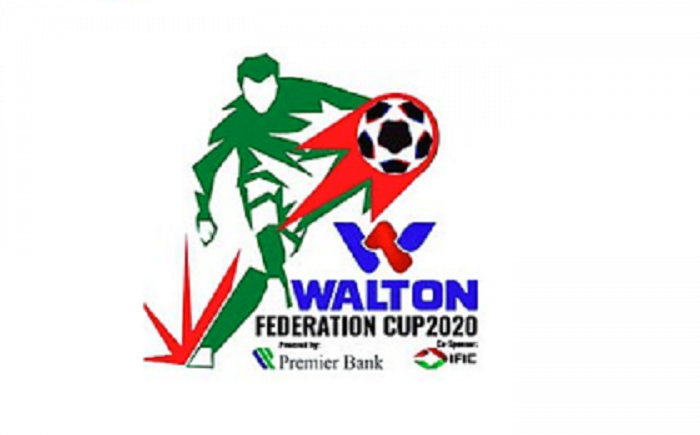 Saif Sporting Club thrashed Uttar Baridhara Sporting Club by 3-0 goals in their first match of four-team Group B of the ongoing Walton Federation Cup 2020 at Bangabandhu National Stadium (BNS) in the capital on Wednesday.

After a barren first half, a suicidal own goal by Egyptian defender Mahmoud Sayed Mohamed Abdelrahim helped Saif SC to end the deadlock in the 49th minute while Nigerian Forward Ikechukwu Kenneth Ngwoke and national coloured midfielder Foysal Ahmed Fahim extended the margin scoring one each in the 63rd and 70th minutes respectively.

Both sides appeared on the field with their respective new foreign line-up. Saif SC released all of their foreigners whom they recruited in the previous season and roped in Sirozhiddin Rakhmatullaev, Emmanuel Ariwachukwu, Kenneth Ikechukwu and John Okoli. On the other side, Bangladesh Championship League (BCL) Uttar Baridhara runners-up appeared with Abdelrahim, Saiddoston Fozilov, Mostafa Kahraba and Evgeniy Kochnev.

After a barren first half, Saif SC got a breakthrough in the 48th minute while Uttar Baridhara’s Egyptian defender AbdelRahim's attempt to clear from goalmouth found the back of the net following a cross by Saif SC's Uzbekistan midfielder Sirajuddin Rahmatullah from right side.

In the day’s other match of Group B, Arambagh Krira Sangha beat Brothers Union Limited by 2-0 goals at the same venue. Nigerian forward Chizoba Christopher Iyikwobe opened account in the 44th minute while Murad Hossain Chowdhury sealed the fate in the 90th minute.