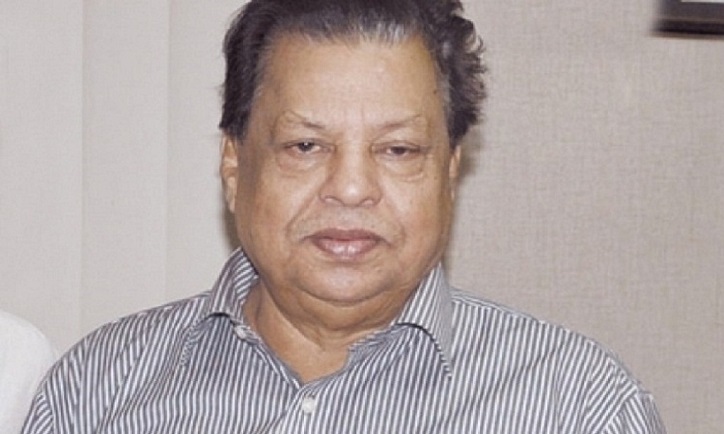 Founding chairman of Partex Group and former lawmaker MA Hashem’s condition has deteriorated and he is kept in life support after being tested positive for Covid-19.

He is undergoing treatment at capital’s Evercare Hospital.

Hashem’s oxygen saturation level has dropped, and he has been breathing with high flow nasal cannula. His blood pressure is also fluctuating.

Following several media reports on his death, his son Aziz Al Masud cleared through a Facebook post on Wednesday afternoon that his father is still breathing.

“Dear everyone. As some of you know my father has been in the icu and on life support for the last 9 days. He is at a very critical state at the moment and is fighting for his dear life. Some of the news channels have mistakenly said otherwise. I humbly seek all your prayers for my father,” he wrote.

After testing positive for Covid-19, Hashem was getting treatment at home till December 10.

The next day, when he fell ill he was admitted to Evercare Hospital.

He was shifted to intensive care unit and kept on ventilation support on December 16.