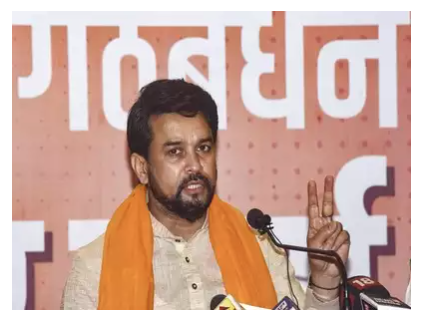 "The results will be out today and I am confident of Bhartiya Janata Party's performance. People want to see new leadership take charge in Jammu and Kashmir that will help resolve issues in their constituencies," Thakur said while speaking to ANI.

"Even though people were threatened, they came out in huge numbers to cast their votes. This is the victory of democracy. Prime Minister Modi's dream that at the grassroots level- panchayat, Block Development Council (BDC) and DDC elections should be held in Jammu and Kashmir has been fulfilled," he added.

Counting of votes for the first-ever DDC elections, which concluded on December 19, began at 9 am today at all district headquarters across the Union Territory amid tight security.

Section 144, which prohibits assembly of five or more people, has been imposed by the administration in Doda to maintain the law and order situation. Three-tier security arrangements have been made to ensure free fair and smooth counting of votes.