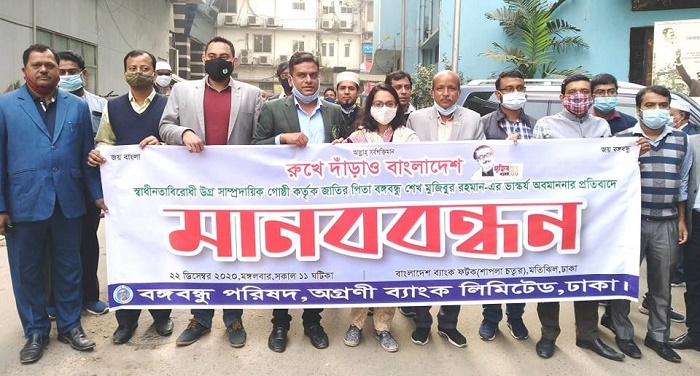 The officials and employees of state owned banks on Tuesday took to the streets and formed a human chain in the capital protesting against the vandalism of a sculpture of Bangabandhu.

Khandaker Nazrul Islam, general secretary of Bangabandhu Parishad at Agrani bank unit, said “The entire country is aggrieved over the vandalism of sculpture of the Father of the Nation Bangabandhu Sheikh Mujibur Rahman.”

Demanding exemplary punishment of those involved in such heinous crime, he also said it is high time for everyone to be united with the spirit of the Liberation War and stand firm to protect the country’s values.