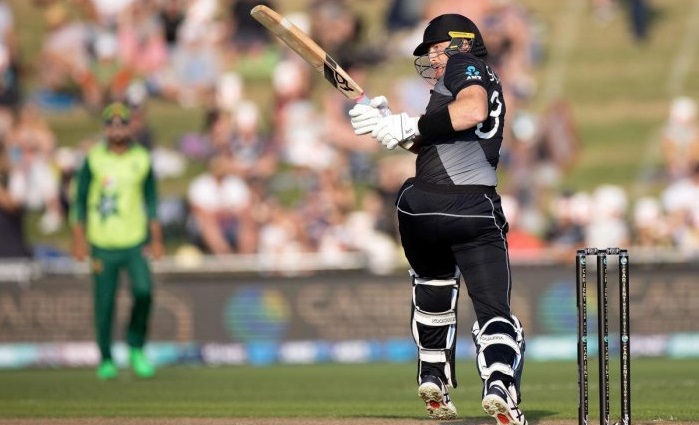 Pakistan won the toss and elected to bowl as they seek to avoid a series clean sweep in the third and final Twenty20 international against New Zealand in Napier on Tuesday.

"We're going to bowl first because we've changed the team so we have depth in batting, so we want to chase," said stand-in captain Shadab Khan.

Khan has won the toss in the previous two matches of the series, with Pakistan suffering heavy defeats both times.

He said most of his players were unfamiliar with New Zealand conditions.

"For most of them, it's their first tour in New Zealand and the bounce has affected them," he said.

"Hopefully they'll learn from that and do better."

Pakistan brought in Hussain Talat and Iftikhar Ahmed to bolster the batting, along with young fast bowler Mohammad Hasnain.

Abdullah Shafique, Imad Wasim and Wahab Riaz were all dropped, with Haider Ali promoted to open the batting in Shafique's absence.

New Zealand captain Kane Williamson said his team was unchanged from the side that clinched a nine-wicket win in Hamilton on Sunday.

"We've had a couple of strong performances and it's important we keep looking to back that up," he said.

"It's a good surface so hopefully we can make use of that first up and get a competitive total."