Respect her sentiment: India on Bangla PM''s comments on Pak 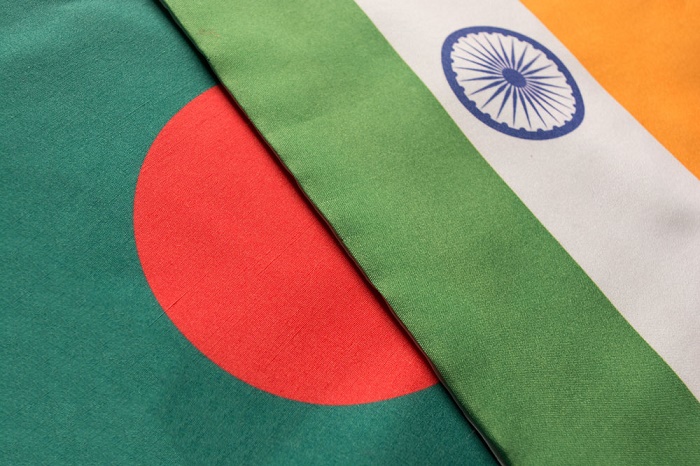 India on Thursday appeared to endorse Bangladesh Prime Minister Sheikh Hasina''s recent comments that Pakistan cannot be forgiven for the atrocities it unleashed during the 1971 liberation war.

Joint Secretary in the Ministry of External Affairs Smita Pant said at a media briefing that India deeply respects and understands the sentiments expressed by Prime Minister Hasina.

"There is no denying that state sponsored oppression against Bangladesh''s just war of liberation led to the death of 3 million people. More than 200,000 women were raped and tortured. We deeply respect and understand the sentiments expressed by Prime Minister Sheikh Hasina," Pant said at the media briefing when asked about the comments by the Bangladesh PM.

The joint secretary in MEA''s Bangladesh and Myanmar division was briefing the media about the outcome of Thursday''s virtual summit between Prime Minister Narendra Modi and Hasina.

She made the comment when Pakistan High Commissioner to Bangladesh Imran Ahmed Siddiqui called on her, according to Bangladeshi media reports.

On Wednesday, India celebrated ''Vijay Diwas'' that marks the surrender of around 93,000 Pakistani troops before the joint forces of the Indian Army and the "Mukti Bahini" on December 16, 1971 that led to the birth of Bangladesh. Bangladesh celebrates December 16 as ''Bijoy Dibosh''.

"It is a matter of pride for us to celebrate the historic victory of Bangladesh over the anti-liberation forces. Today, when Bangladesh is celebrating 49 years of independence, I pay homage to the armed forces personnel of both the countries who laid down their lives," Modi said at the virtual summit.

In her remarks, Hasina talked about India''s role in the liberation of Bangladesh and particularly highlighted how Indian Army''s Major Ashok Tara rescued her family including her mother and sister from Pakistanl forces on December 17, 1971.

"December 17 is a special day for me as it was the day when Ashok Tara, a Major at that time rescued my mother, my sister, my brother from the hands of Pakistani forces... Bangladesh was freed on December 16 but we were free on December 17," Hasina said.

A joint statement said both Modi and Hasina paid "solemn tribute" to the "martyrs" of the liberation war of Bangladesh for their great sacrifices in 1971.

It said they vowed to uphold and protect the cherished values of democracy and equality in line with the aspirations of the people of the two friendly countries.

"They emphasized that relations between Bangladesh and India are based on fraternal ties and reflective of an all-encompassing partnership based on sovereignty, equality, trust and understanding that transcends a strategic partnership," it said.

The two prime ministers also jointly unveiled a commemorative postal stamp issued by India on the occasion of birth centenary of Bangabandhu Sheikh Mujibur Rahman, the founder of Bangladesh.

Noting that the year 2021 will be historic in India-Bangladesh ties as they would be commemorating the 50th anniversary of the war and the establishment of diplomatic relations, it was agreed to jointly organise several activities to commemorate these two "epochal" events in India, Bangladesh and third countries, the statement said.

Replying to a question, Pant said India and Bangladesh have robust defence cooperation.

She said India handed over 18 mortars for the use of Bangladesh armed forces on the occasion of Vijay Divas.