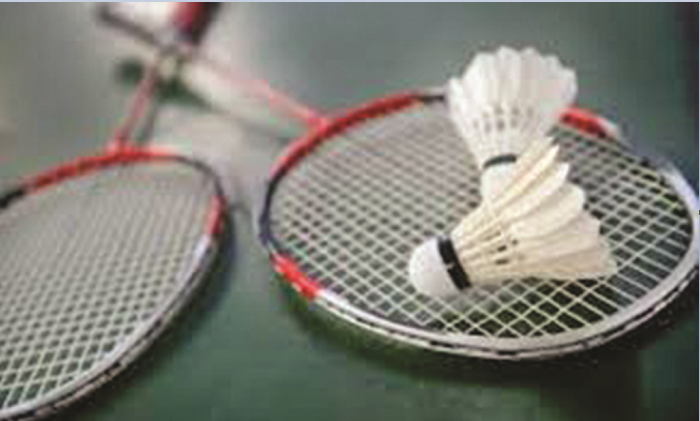 This year, a total of 142 shuttlers, 113 men and 29 women, from all around the country are taking part in the three events of the competition namely singles, doubles and mixed doubles. One of the participants, Arora Rehan from M Zone Badminton Academy, expressed her satisfaction as she got a chance to play after a long break.

“It is good that we are going to play after a long break, but the decision was taken all of a sudden. We didn't get enough chance to take preparation. We were out of practice and out of the field for a long time. We needed more time to get ready. But overall, I'm happy because finally I got to return to playing,” said Arora to The Daily Sun on Monday.

“Some of us are doing really well while the rest of us are facing fitness issues. It is natural because we have been out of practice for a long time. There is no doubt that the new ad-hoc committee of BBF is working for us and for our development. Bangabandhu Bangladesh Games is expected to be held next February-March. Hopefully, the federation will start practice soon and we will get enough time to get ready,” added the shuttler, also a member of Bangladesh national badminton team.

Another participant Md Salman Khan, who is playing for Bangladesh Army, also expressed his satisfaction after getting a chance to take part in the competition.

“Of course, we are happy as badminton has returned to the field after a long while. Most professional shuttlers play on hire in this winter season. It is a means of their earning. But we won't play this year. Another thing is that we were out of training for a long time, and didn't get enough time. It is also a problem,” added Salman.

The knockout basis tournament will end on December 24. The top ranked participants from these three events will get chances to play for the national team in the upcoming international competitions.

This year, the federation was expected to arrange an International competition to mark the 100th birth anniversary of Father of the Nation Bangabandhu Sheikh Mujibur Rahman, but the meet was postponed due to the pandemic. Besides, the country’s national shuttlers were expected to take part in the 9th Bangabandhu Bangladesh Games last April which was also postponed.

The federation, which has been facing an internal conflict for a long time, got a new ad-hoc committee last September. D Abdul Malek was retained as the president while joint secretary Kabir Shikder was named as the new general secretary of the ad-hoc committee.

Sharing their plans, the new general secretary Kabir Shikder said, “We want to revive badminton. After a long COVID-19 break, we resumed action with Bangabandhu Birth Centenary Badminton Ranking Tournament this month. We have also planned to arrange an international competition next March. Besides, the Olympic association is planning to arrange the Bangladesh Games next February. We have also decided to start our camp for this meet.”