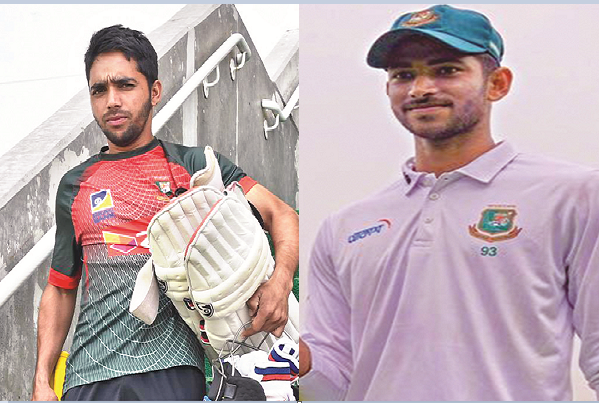 Bangladesh Cricket Board (BCB) officials said on Monday that they are confident that they will be able to avail the service of injured Test trio, Mominul Haque, Nayeem Hasan and Abu Jayed Rahi, in the practice game ahead of the upcoming West Indies Series.

West Indies are due to arrive on January 10 to play three one-day Internationals and two Tests while they are expected to play a four-day practice match from January 28 in Chattogram ahead of the Test series after completing the 50-over fixture.

Bangladesh are expected to announce the squad for the series before the national training camp scheduled from January 7.

Bangladesh Test skipper Mominul and off-spinner Nayeem Hasan went under the knife for their respective injuries which ruled them out of the just concluded Bangabandhu T20 Cup while pacer Rahi sustained back strain and had to quit half way into the competition.

Nayeem, who was the 12th man for Beximco Dhaka in the match against Gemcon Khulna on December 10 dived to save a ball and picked up a finger injury on his right hand.

Mominul fractured his right thumb while fielding for his team Gazi Group Chattogram in the ongoing domestic tournament against Gemcon Khulna on November 28.

Jayed, who was representing Fortune Barishal in the ongoing Bangabandhu T20 Cup, received the injury while bowling the second ball of his third over against Minister Rajshahi in the opening game of the day.

“In the last two weeks, two of our cricketers have had surgery. One is our Test Captain Mominul Haque who underwent surgery for a thumb injury in Dubai, and another player was Naeem, whose finger was injured. His surgery took place at Ever Care Hospital in Dhaka. The medical team of BCB is working to make sure that the two players regain fitness before the warm-up match which will take place on January 25 before the West Indies Test series,” Debashish told reporters at Sher-e-Bangla National Cricket Stadium on Monday.

“Rahi (Jayed) was suffering from grade one strain. We also reviewed his problem. We hope Rahi will get back to full bowling fitness in the next two weeks. He will be fully fit in the first week of January,” he said.

The home series against the West Indies will be a big challenge for BCB in regards to maintaining the health protocol and creating a bio-secure bubble. However, the board did manage to arrange two local tournaments in the form of BCB President’s Cup and the just concluded Bangabandhu T20 Cup maintaining the bio-secure bubble. According to Debashish, they will implement the experiences learnt from these two tournaments in the upcoming home series.

Debashish also informed that the Cricket West Indies had already given the green signal over the MOU provided by BCB for the upcoming series which suggest BCB will conduct coronavirus testing on the first, third and sixth or seventh day after the arrival of the West Indies squad.