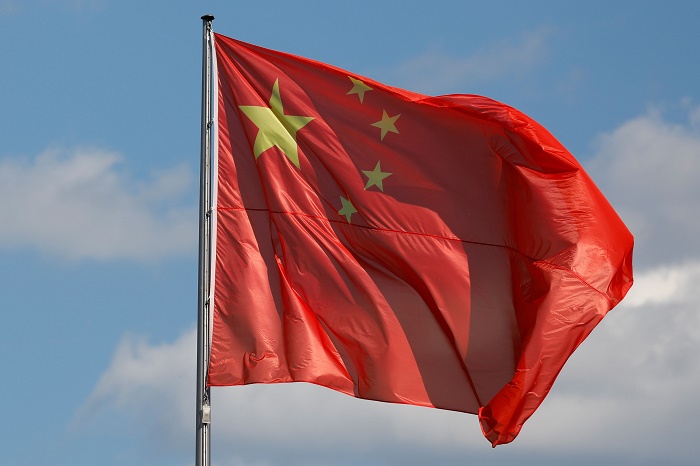 Amidst India-China clashes in the Galwan Valley and continuing border tensions, China’s alleged attempt to alter the Galwan river and potentially create flash floods to disrupt Indian infrastructure projects and military deployment needs to be looked at seriously.

China’s announcement to develop a large-scale weather modification system by 2025 has set the alarm bells ringing, especially in its neighbouring countries. According to the State Council’s circular, “the total area of artificial rainfall (snowfall) operation will reach beyond 5.5 million square kilometres, and for hail suppression it should go beyond 580,000 square kilometres”. The rationale for advancing its weather modification capabilities is mostly pinned on environmental concerns such as climate change, environmental protection/conservation, and disaster management (particularly, preparedness) among others. Weather modification technology is an integral part of China’s aspiration to be recognised as a technological superpower, as it strives to “arrive at a worldwide advanced level in terms of operation, technologies, and services” by 2035.

Weather modification has been used by not only China, but other countries such as the United States (US) and India, in the past. Cloud seeding, in particular, has been in use for decades as arid and semi-arid parts of the world resort to this technique to tackle droughts and drought-like conditions. Similar technologies have been used to suppress rain, hail and snow too. For instance, China used cloud seeding to have a dry Olympic season in 2008. In Xinjiang, weather modification techniques have also helped decrease agricultural damage caused by hail by 70% as well as boost the amount of precipitation in drought-stricken areas.

While these technologies may be used by China for domestic purposes—to make the survival and lives of the Chinese easier—there is little consideration being given to the after-effects of their application on the region, especially in South and Southeast Asia. In fact, geopolitical and security implications are deeply embedded in their use, which require to be probed, analysed and acted upon internationally. For that matter, even China’s dam building activities in the Tibetan Plateau have raised many people’s eyebrows. China plans to build over 50 dams in Tibet on rivers, including the Brahmaputra and Mekong rivers are being looked at with suspicion and apprehension by countries in the region. It is also building a dam in the Gilgit-Baltistan region on the Indus river, which has run into controversies over sovereignty (Indian claims in the region), a lack of transparency, and environmental and socio-economic impacts. For long, India has mulled over speculation regarding the ways in which Chinese dam construction activities may affect the country and other downstream countries such as Bangladesh. With theories ranging from China’s plan to divert the Brahmaputra, to linking floods in India’s Northeast to Chinese activities in the Tibetan Plateau, there exists a lack of clarity on its intentions as well as the scale of consequences of these activities in the broader region.

A country that has had a long history of establishing control over natural resources through massive engineering projects such as the Three Gorges Dam, and using them as strategic assets, China’s weather modification portends more major challenges for countries such as India, wherein huge swathes of population are dependent on the rivers that flow from the Tibetan Plateau. What complicates issues further is the geopolitical context. For instance, amidst India-China clashes in the Galwan Valley and continuing border tensions, China’s alleged attempt to alter the Galwan river and potentially create flash floods to disrupt Indian infrastructure projects and military deployment needs to be looked at seriously. In 2017, after the Doklam standoff between India and China, the latter did not share hydrological data on the Brahmaputra with the former due to “technical reasons” (as stated by Chinese officials), but shared data with Bangladesh. Although China resumed sharing of data in 2018, such unilateral steps can always be used by the country as a leverage and bargaining chip against India.

China’s mammoth weather modification programme does not come as a surprise though. Its Tianhe (Sky River) project that was revealed a few years ago disclosed partially the likely scale of its deployment plans. The project, albeit labelled as “rogue science” by some of Chinese scientists themselves, is a cloud seeding geoengineering project that aims to tackle water scarcity and droughts in the northern parts of the country, which are largely arid and semi-arid, by diverting water vapour from the relatively wetter southern parts. In fact, this project is touted as an “air corridor” and a part of China’s ambitious South-North Water Diversion Project. The project aims to use “localized chemical agents” such as silver iodide particles via the fuel-burning chambers to increase the rainfall by 10 billion cubic meters annually. This amounts to “about 7 percent of China’s total water consumption,” although the probable damaging effects on the broader region and countries in the vicinity are not yet conclusive.

The lack of substantive data, research and transparency on how weather modification would affect transboundary precipitation patterns, ecosystems and river flow among other factors has the potential to convert China’s geoengineering activities into a serious geopolitical issue. For instance, cloud seeding activities have not only been termed as “cloud stealing” by some countries, but also the environmental and health effects of silver iodide particles as well as the effectiveness of the technology have come under constant scrutiny.

Geoengineering, like any other technology, attains the meaning that a country assigns to it. In light of adversarial relations between India and China, it becomes critical to determine if such technologies may be militarised at some point in time. One needs to remember that these technologies are, at the end of the day, dual-use (and may have military applications). The notion of militarisation of geoengineering technologies gets further fuelled because of the involvement of agencies such as the China Aerospace Science and Technology Corporation, a “major space and defense contractor,” in the Tianhe project, as it uses “cutting-edge military rocket engine technology” and “satellite network”.

In the meantime, scientific research on climate-related geoengineering, defined as “the deliberate large-scale intervention in the Earth’s natural systems to counteract climate change,” is gaining momentum globally. As discussions around “climate crisis” and “climate emergency” intensify, more and more countries are likely to favour the adoption of technologies for solar radiation management (SRM) and carbon dioxide removal (CDR) to tackle climate change. While SRM or solar geoengineering aims at cooling the earth by increasing the amount of sunlight that is reflected back into space through stratospheric sulphate aerosol injection, CDR aims to do the same by removing carbon dioxide from the atmosphere. China is also investing in geoengineering research, supported by the National Key Basic Research Program. Here too, China does not overtly talk about deploying such technologies, but rather portrays it as a means of investigating the impacts and risks associated with them and governance-related challenges. Therefore, China’s intent and readiness need to be examined in these circumstances, especially keeping in mind the proposed expansion of its cloud seeding geoengineering programme as well as its newly declared climate change targets, including the announcement to reach carbon neutrality by 2060.

There exists little regulatory governance on the deployment of such technologies internationally. The gap in research and development between the global north and the global south in fields such as geoengineering is expected to have knock-on effects in the form of creating a divide between the “haves” and “have-nots”. The lack of resources among the developing countries also undermines their ability to cope with the unintended consequences of the technology. The impacts of climate change on the Indian summer monsoon rainfall are evident and well-acknowledged by the scientific and policy communities. In order to deal with these changes, the use of solar geoengineering to cool down the planet may even have further unintended and unpredictable ramifications for monsoon patterns in the region; and such dynamics are yet to be studied and understood deeply.

Many countries including the US, China, and India have ratified the Convention on the prohibition of military or any other hostile use of environmental modification techniques (ENMOD). Enforcing compliance and establishing liability may not be a straightforward affair when it comes to “peaceful” use of such technologies. In view of the lack of adequate scientific knowledge on the effects of techniques such as geoengineering, defining parameters and measures to hold nation states accountable for the implications of their acts is difficult. For that matter, many countries, including the US and Saudi Arabia, have in fact opposed discussions on geoengineering governance, even when the issue was brought up in the United Nations Environmental Assembly (UNEA) in the past.

India should conduct a comprehensive assessment of China’s weather modification system and even climate engineering futuristically. Diplomatically, a sense of solidarity among the countries of the region, and regional initiatives are required to apply pressure on China not to deploy these technologies unilaterally. India could even spearhead regional discussions on the topic for a better understanding of the technology and its governance. Such initiatives and discussions may even serve as a stepping stone to development of national, regional and international frameworks for assessing the implications of application of geoengineering techniques, including for global governance.

Amidst regional tensions, transparency regarding the deployment of geoengineering technologies and data sharing might not be as straightforward as it may seem. India may even be forced to strategize and develop material capabilities to counter the probable militarisation of China’s geoengineering capabilities. It is, therefore, imperative for India to strengthen its research initiatives such as the one launched at the Indian Institute of Science (IISc) in Bangalore in recent years to study the impacts of solar geoengineering, particularly from the perspective of the developing world. The debates and discussions on geoengineering are in a nascent stage in India. Hence, the country should focus on gathering data on the latest advancements in these technologies worldwide, and also help develop a coordinated regional response and an international regulatory framework for the greater good of humankind.

Kurnica Bhattacharjee is a Postgraduate Research Scholar in the Department of Geopolitics & International Relations, MAHE, Karnataka.