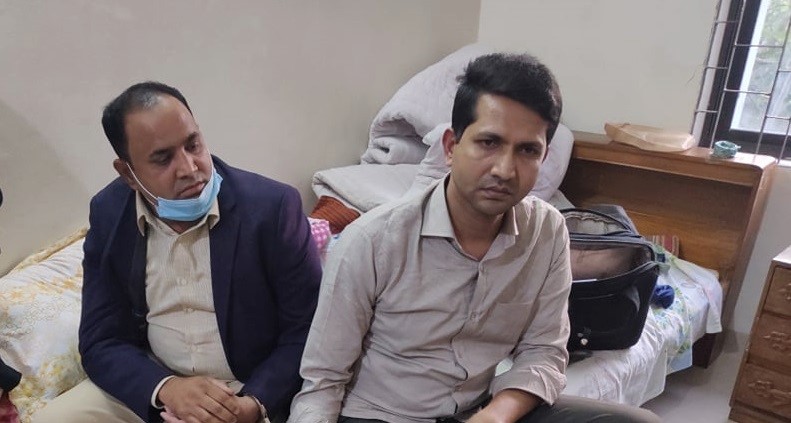 The Anti-Corruption Commission (ACC) on Monday detained two officials of Directorate of Education, Culture and Religious Affairs Audit in Pirojpur along with Tk 4.16 lakh bribe.

The detainees are: Zahir Rayhan, SAS Superintendent, and Md Shamim Hossain, audit and accounts officer of the Directorate of Education, Culture and Religious Affairs Audit.

A team of the anti-graft body led by its Barishal District Integrated Office’s Deputy Director Debbrata Mondol detained the two officials from a rest house in Pirojpur town along with the money, said ACC sources

The commission received allegations over its hotline 106 that the two officials went to Pirojpur district Primary education office regarding audit activities but they demanded bribe from officers of the office.

Soon after the allegations, ACC enforcement team from the headquarters in Dhaka ordered its Barishal integrated office to carry out the drive.

ACC officials said the recovered Tk 4.16 lakh earned through receiving bribe because the duo failed to show any sources of the money before the ACC team during the drive.