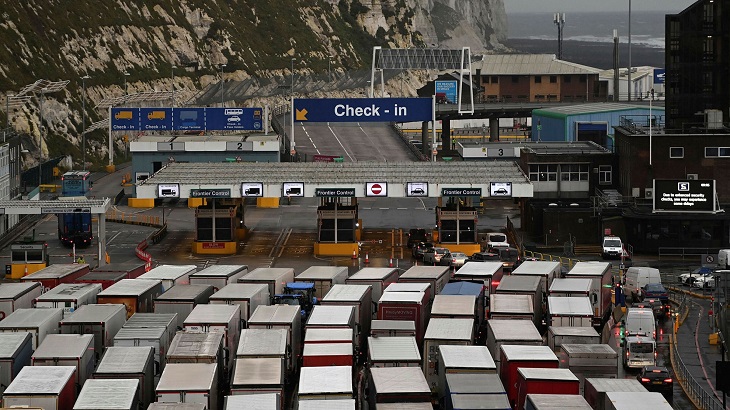 The world scrambled Monday to contain a fast-spreading mutation of the coronavirus sweeping Britain, as a growing number of countries suspended flights from the UK, sowing travel chaos ahead of the holidays.

Dozens of countries from India to Argentina have banned flights from Britain in fear of the new virus strain, which has delivered a bleak reminder that the pandemic is far from under control even as vaccinations bring a rush of optimism.

European stocks, oil prices and the British pound all plummeted over the developments.

At least 1.68 million people have been killed by Covid-19 since the virus first emerged in China a year ago, with more than 10,000 people still dying daily.

While experts do not believe the new variant of the virus -- one of several -- is more lethal or will affect the impact of vaccines, it may be up to 70 percent more transmissible, according to early data from the UK.

The European Union's crisis team was to meet Monday to discuss a coordinated response to the new virus strain -- just as the bloc's health agency is set to decide whether to authorise the Pfizer-BioNTech vaccine.

A German government source said restrictions on air travel from Britain could be adopted by the entire 27-member EU and that countries were also discussing a joint response over sea, road and rail links.

The rapid response thwarted travel around the world just as families were preparing to unite for Christmas.

"Please help us leave!" said one British traveller who was among dozens held overnight in German airports, unable to leave until virus tests come back negative.

The flow of goods from France was also disrupted after Paris imposed a 48-hour blockade on people and lorries crossing the English Channel -- just as companies are racing to shift merchandise before Britain finally quits European Union trade structures.

British Prime Minister Boris Johnson was to hold a crisis meeting about the situation Monday to discuss "in particular the steady flow of freight into and out of the UK", a spokesman said.

The country's critical south coast port of Dover said late Sunday it would close to all accompanied freight and passengers due to the French border restrictions "until further notice".

Yet the Netherlands, another key sea route from Europe to Britain, confirmed its freight routes to the UK remained open despite banning all passenger ferries.

While India and Hong Kong joined the move to suspend travel from the UK, US officials signalled they were holding off for now while Australian Prime Minister Scott Morrison said he was confident existing 14-day quarantine rules for arrivals were sufficient to handle the threat.

The coronavirus has changed into many different variants as it has spread around the world, an expected result of interacting with different hosts with different biological responses.

By the week beginning December 9, the new strain was accounting for 60 percent of cases in London, said Patrick Vallance, the government's chief scientific adviser.

Its emergence comes as Europe is trying to clamp down on winter surges fuelled in part by the cold weather that has pushed gatherings inside and enables respiratory diseases to flourish.

A WHO spokeswoman told AFP that "across Europe, where transmission is intense and widespread, countries need to redouble their control and prevention approaches".

In response to data about the new strain, the UK imposed tough new stay-at-home orders on parts of the country including London and announced news curbs around Christmas gatherings.

At the weekend Italy announced a new regime of restrictions until January 6 that include limits on people leaving their homes more than once a day, closing non-essential shops, bars and restaurants and curbs on regional travel.

And on Monday authorities in South Korea's capital and surrounding regions banned most gatherings of more than five people after a surge in infections left only four empty beds in intensive care units in Seoul.

In the US, there was a dash of positive news as lawmakers reached a deal Sunday for a nearly $900 billion Covid-19 financial package to help struggling Americans.

The measure, which Congress is expected to approve imminently, would include aid for vaccine distribution and logistics, extra jobless benefits of $300 per week, and a new round of $600 stimulus checks.

In the meantime, the roll-out of vaccinations is picking up speed.

The EU's drug regulator will decide on Monday whether to authorise the Pfizer-BionNTech vaccine for Europe.

The continent is expected to start a massive immunisation campaign after Christmas, following the US and UK which have already begun giving jabs with the Pfizer-BioNTech shot.

A US expert panel recommended Sunday that those aged 75 and older should be the next vaccinated against the virus, along with 30 million "frontline essential workers," including teachers, grocery store employees and police.

Initial doses have focused on frontline health-care workers and the elderly in nursing homes.